You are here: Home › New for 2019: Milwaukee Milkmen
By Kevin Reichard on September 17, 2018 in Independent Baseball, News 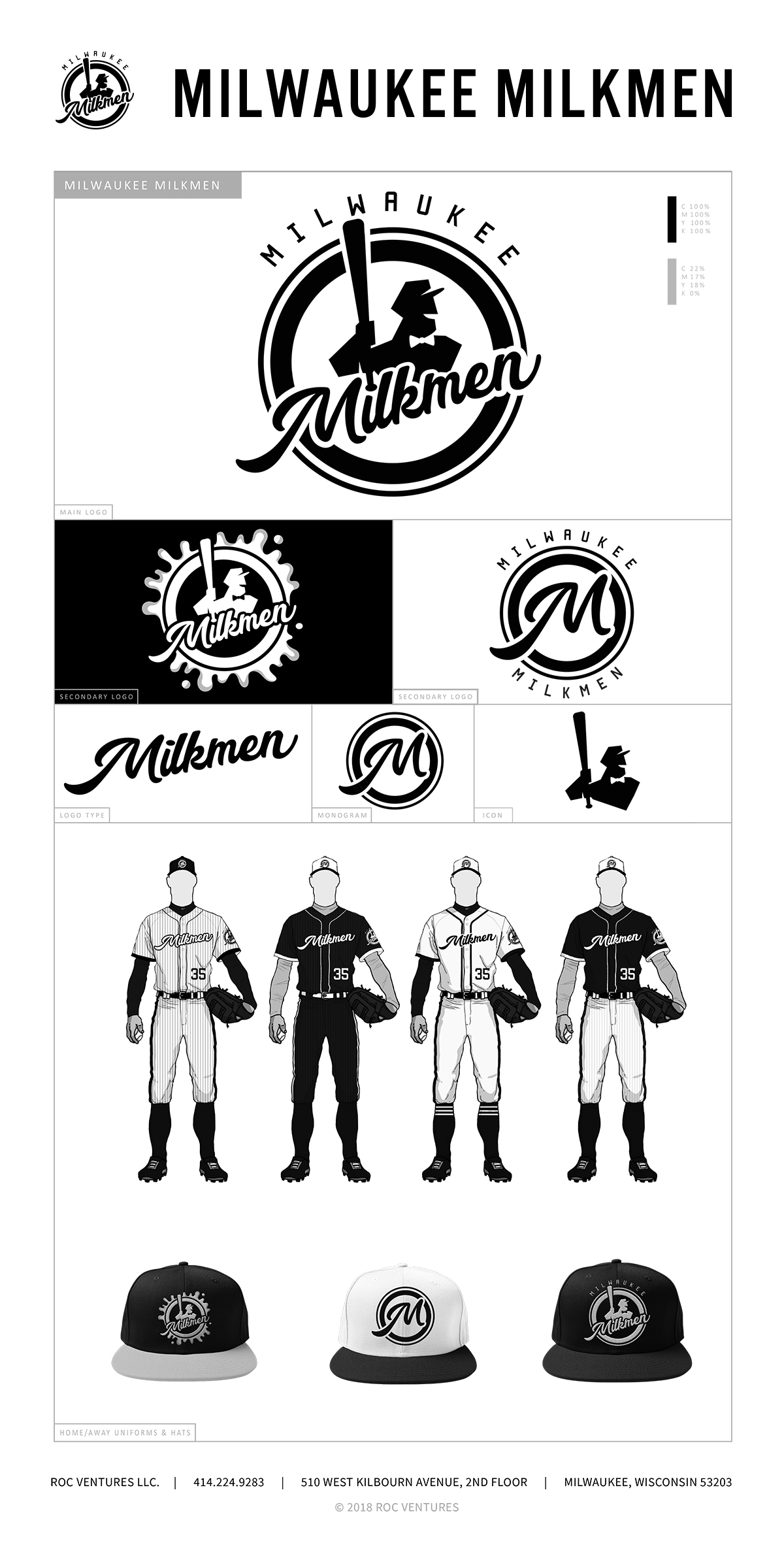 Wisconsin is, after all, America’s Dairyland, so the name of the independent American Association team playing out of a new Franklin ballpark is the Milwaukee Milkmen.

“We’re proud to officially join the American Association of Independent Professional Baseball as the Milwaukee Milkmen, on behalf of the state of Wisconsin,” said Mike Zimmerman, chief executive officer at ROC Ventures. “As an organization, our focus has always been on creating and strengthening community opportunities, and we look forward to providing new, affordable fan experiences to the city of Franklin and beyond through America’s favorite pastime.”

Wisconsin is a state where cheese is one of the four food groups, and nothing goes better with a cold brew than a pile of cheese curds, so the name certainly makes sense and should get a lot of local play.

Here’s a video provided by the team:

Earlier this year team owner ROC Ventures asked fans to submit team monikers in the name-the-team contest. The top ten names were selected and then narrowed down to the top five and three choices through fan voting.

According to a press release, the team will offer unique food and drink offerings as well as in-game experiences between innings and one-of-a-kind events based on the dairy-centric Milwaukee Milkmen name. Also, as part of the planning process for the upcoming season, ROC Ventures aims to elevate fan engagement with its design of the new ballpark located at Ballpark Commons. Home to the Milwaukee Milkmen and University of Wisconsin-Milwaukee baseball program, this $125 million development includes a 4,000-capacity ballpark and various entertainment and active lifestyle features for the community.