Plan for a new Edmonton Prospects ballpark were unveiled today by parent Gold Sports and Entertainment Group, calling for a modern urban ballpark in Spruce Grove, Alberta to house the summer-collegiate team.

The ballpark for the Western Canadian Baseball League team, set for a 2022 opening, will feature a 360-degree wraparound concourse, suite, party decks and a merchandise store. Housing and a microbrewery (shown below) will be located off left field, with a amphitheater located on the opposite side of the brewery. 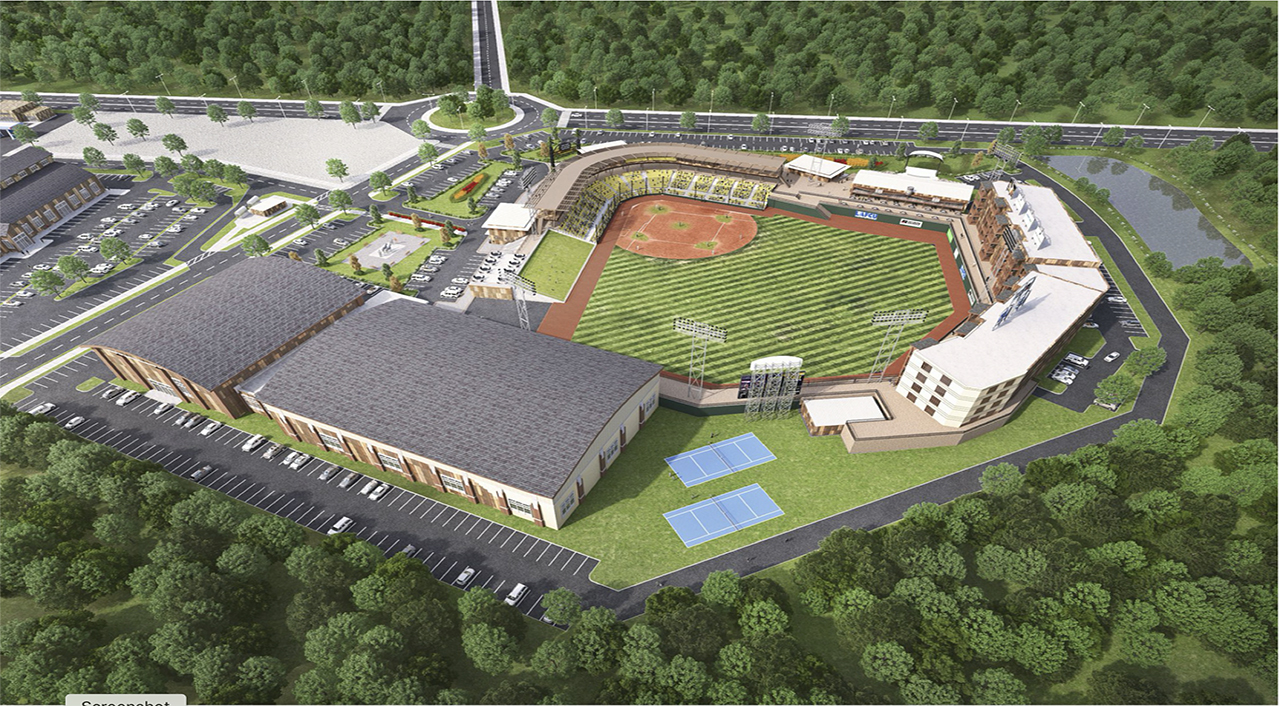 “We are excited to build a bold and extremely unique ballpark in Spruce Grove, Alberta. This design will allow us to bend the rules of a traditional ballpark and integrate into the surrounding neighborhood, or conversely and uniquely, allow us to build the neighborhood into the ballpark,” said Gold Sports President Patrick Cassidy. “We’ve spent the last six months engaging in community dialogue with public officials, community-based organizations, residents, community leaders and fans of baseball and our desire for this project is to deliver real economic, civic, and cultural benefits, including job creation and economic diversification. We are also committed to delivering a baseball experience for our fans like no other as we see this ballpark, in partnership with the Western Canadian Baseball League, on the cutting edge of some very exciting times.

“The league likes the Province of Alberta’s push to grow the tourism market and is looking to position itself as a motivating draw or anchor for Canadian tourism in the summer months and in order to play any kind of significant role in that regard we need to ensure that we are a dynamic part of the “Canadian Prairie Baseball Experience” for tourists coming to Alberta from North America and the rest of the world.”