You are here: Home › New for 2020: Western Association of Professional Baseball Clubs
By Ballpark Digest Editors on July 18, 2019 in Independent Baseball, News 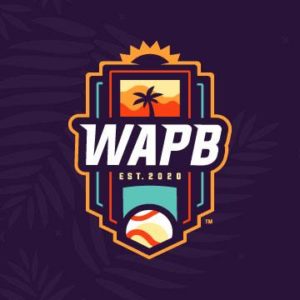 Plans have been announced for the Western Association of Professional Baseball Clubs (WAPB), an upcoming independent league set to begin play in June 2020.

Organizers say they expect the WAPB to launch with eight teams controlled by individual ownership groups, located throughout Arizona, California, Colorado and Nevada. Plans for teams in specific markets were not announced.

The league’s inaugural season will feature a 78-game schedule to begin in the third week of June and wrap up in the first week of September. The top four teams in the league will receive spots in the Western Association playoffs, and compete for the league championship.

“I’m looking forward to another startup opportunity,” Peter Young, a sports and media executive who will serve as the league’s Vice President of Business, said in a press statement. “I was fortunate enough to be with the Winnipeg Goldeyes in their first two seasons in the Northern League, winning a championship in 1994. Then in 2005, I was named the president of the Calgary Vipers as we came into existence a mere two months before the season started but only missed the playoffs in the inaugural season by half a game.”

The WAPB bills itself as a circuit for a wide range of players, from those looking for a shot in professional baseball to players with past major-league experience. Additional details about the league are expected to be announced at a later date.