You are here: Home › Sherman: Why not dream big about a new Royals downtown ballpark?
By Kevin Reichard on September 23, 2022 in Future Ballparks, Major-League Baseball 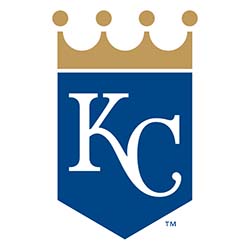 True, Kauffman Stadium is a classic, opening in 1973 and renovated in 2009—a beloved facility with plenty of charm. But its location outside the city’s core means it makes a limited economic impact overall. And in an era where team owners expect a ballpark to generate revenue outside of game days and baseball teams are becoming de facto real-estate developers (i.e., The Battery and Wrigleyville), it’s no surprise Sherman is positioning the idea of a new downtown Kansas City ballpark as an economic proposal—perhaps as early as Opening Day 2026.

Why 2026? It’s because 2026 is shaping up to be a big year in Kansas City. By then a new airport and a new KC Current stadium will be open, and Kansas City is set to host World Cup matches that summer as well–an inclusion that’s a major accomplishment for a smaller market. Sherman’s goal is to be part of the momentum created by these big events, per the Kansas City Star:

“If you can dream a little bit — you have to do more than dream; there’s a lot of legwork to be done here to finance this and build support for it — but if we do something downtown or near downtown, and the Chiefs do something really special out there, these are the type of catalytic events that can really transform a region.”

A 2026 opening will be a haul as we enter the final quarter of 2022, but certainly not an impossibility. There are a lot of moving parts involved, and some factors beyond the control of the Royals and downtown business interests. First, the team’s lease at Kauffman Stadium doesn’t terminate until the end of the 2030 season. Second, there’s the issue of selling a new location to existing committed fans. A downtown ballpark would in theory widen the potential fan base, but there’s the real likelihood of losing some of those fans who find the Truman Sports Complex incredibly convenient. Third, the Royals are talking a public/private partnership to fund a new ballpark, and that may take the form of an extension of the current sales tax originally approved by voters for Kauffman Stadium and Arrowhead Stadium upgrades. Fourth, leaving Truman Sports Complex and essentially make way for a new Kansas City Chiefs entertainment district would take any Royals move palatable–but that’s far beyond the control of the Royals. And fifth, there’s always the nostalgia factor when you talk about tearing down a classic old ballpark. There will be plenty of fans who attend a game once every few years but will be dead set against anything new. It’s their memories being threatened, not the actual ballpark.

Given that it will take three years or go to design and construct a new ballpark, and certainly several months to develop and implement a funding plan, the clock is ticking–and Sherman would be wise to unveil a plan more sooner than later to get the process rolling.