You are here: Home › St. Louis’s Stars Park to be remembered
By Kevin Reichard on July 15, 2020 in At the Ballpark, Major-League Baseball 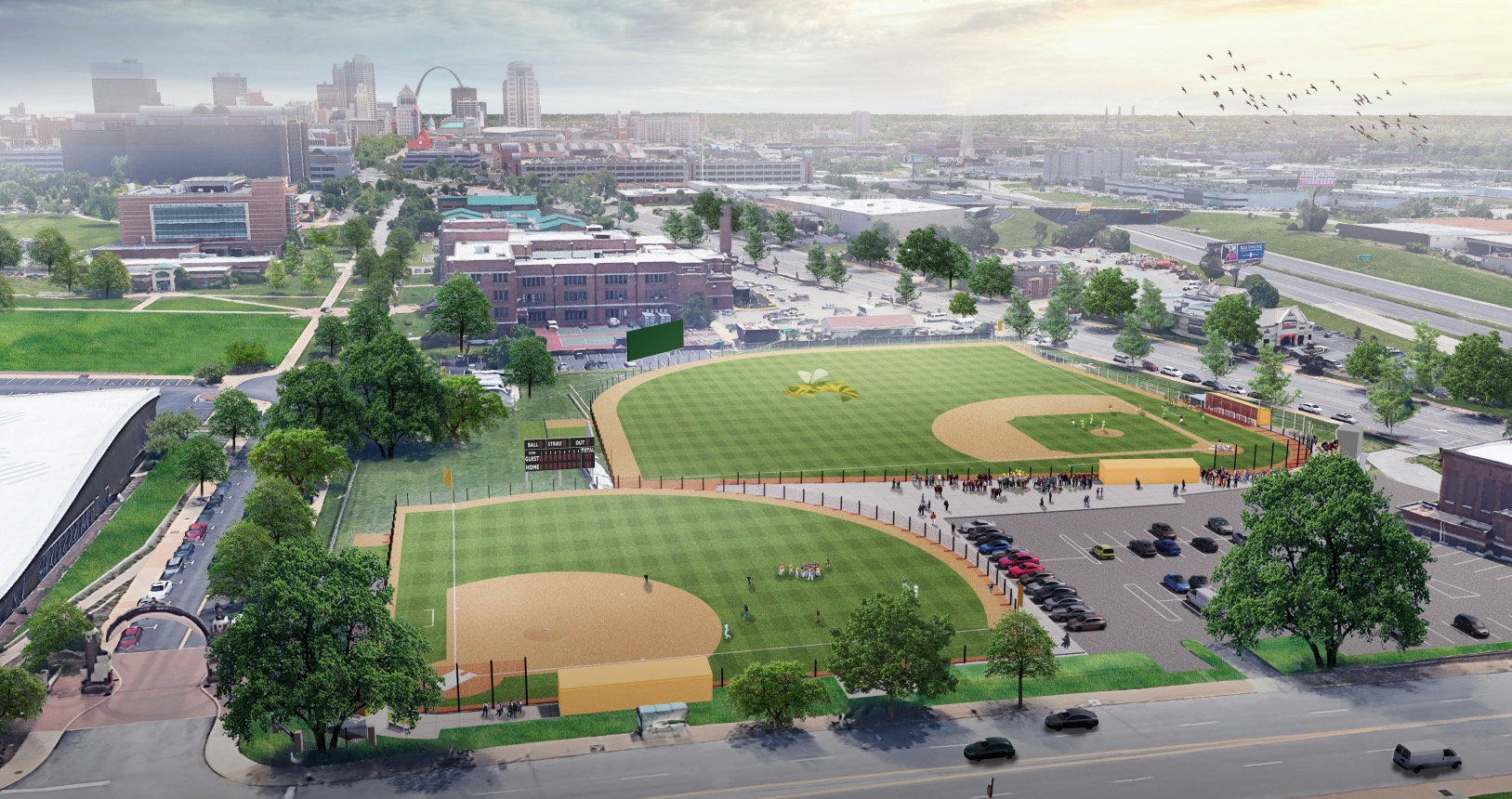 Another former Negro Leagues ballpark will be remembered, as Stars Park, former home of the St. Louis Stars of the Negro National League, will be highlighted in a partnership between the St. Louis Cardinals and Harris-Stowe State University.

Stars Park served as home of the St. Louis Stars from 1922 through 1931. Three National Baseball Hall of Famers, including James “Cool Papa” Bell, Willie “El Diablo” Wells, and George “Mule” Suttles, called Stars Park their home field. Negro League championships were played at Stars Park in 1924, 1928, 1930 and 1931, with the home team winning three out of the four. The field is located on the southwest corner of the Harris-Stowe campus on the corner of Market Street and Compton Avenue.

We are not talking about a restoration of a former ballpark; there’s little evidence of Stars Park remaining save a playing field and a commemorative marker on the site. The original Stars Park opened with a capacity of 10,000 (later expanded to 16,000) and was the first St. Louis ballpark to have permanent light installations, with night games launched in September 1930. (The above is the only known photo of Stars Park. There’s a fascinating story behind it; check out this article from the St. Louis Post-Dispatch for its history. Photo courtesy Missouri Historical Society, from the Dr. William Swekosky collection.)

So think of the Stars Park revival more as a homage than as a reconstruction. Harris-Stowe State University is an NAIA school, and the three-month construction project contains both baseball and softball field renovations. The project, the result of a seven-figure investment by Cardinals Care and six-figure investment by Harris-Stowe, will include fully irrigated fields, seating for 200 at the baseball field and 100 at the softball field, enclosed press boxes, enclosed NAIA level dugouts, and new scoreboards.

Clayco is leading the construction of the field. The renovated park will be formally dedicated mid-October.

There are six or seven former Negro Leagues parks still standing, depending on how you count Indianapolis’s Bush Stadium. That historic ballpark still stands, but it’s not used for baseball: it’s been converted to housing.