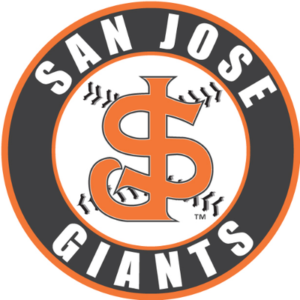 San Jose Municipal Stadium is now known as Excite Ballpark, the result of an agreement between the San Jose Giants (High A; California League) and Excite Credit Union.

The Excite Ballpark name is taking effect this season, part of a larger three-year sponsorship pact between the Giants and Excite Credit Union. Temporary signage had been erected around the ballpark by Tuesday’s media day, which was when the two sides announced their partnership.

Currently the oldest ballpark in the California League, the former San Jose Municipal Stadium was constructed as a Works Progress Administration (WPA) project and completed in 1942. That gave the ballpark’s previous name a sense of tradition, so it could take time for the new Excite Ballpark identity to sink in. More from The Mercury News:

San Jose Giants CEO Dan Orum and Excite Credit Union CEO Brian Dorcy made the announcement at Tuesday’s FanFest event in advance of Thursday’s season opener in Visalia. They did not reveal an exact figure but said the overall sponsorship package was in the six-figure range. (For fans, though, the most exciting part of FanFest wasn’t the stadium name news but the appearance of catcher Joey Bart, the Giants’ top pick in 2018.)

On Tuesday, temporary banners were unveiled with the new name, which also was displayed on the scoreboard screen in center field. More signage will pop up as the season progresses, though the painters have had their brushes full replacing all the references to AT&T Park to Oracle Park. Sweatshirts emblazoned with “Municipal Stadium” were still for sale at the team store, and you might want to grab one in case they become collectors’ items.

Even the Giants are still getting used to the new name. Mark Wilson, the team’s chief operating officer, said there’s a side bet for front office staff that anyone who calls the park “Muni,” needs to throw $10 into a pot. Wilson said he was up to $30 already — including one slip during the press conference — where he welcomed Manager Bill Hayes back to the Park That Shall Not Be Called Muni.

According to a press release issued by the Giants on Wednesday, the partnership with Excite will feature multiple elements, including collaboration between the two entities on community outreach programs throughout the area. The Giants will play their home opener at Excite Ballpark on April 11.