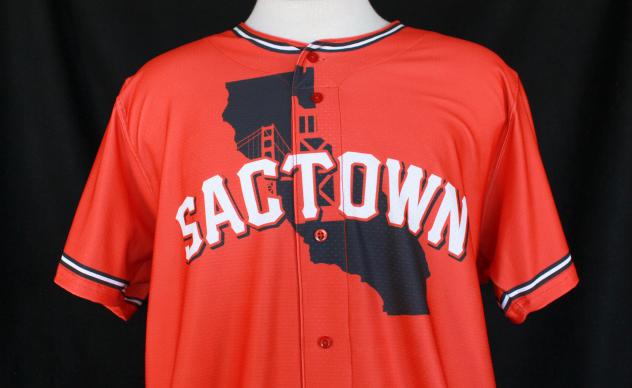 The uniform, which includes an alternate jersey and hat, draws inspiration from both Sacramento’s and San Francisco’s iconic bridges, as well as from both cities’ baseball history. “We had a chance to make something totally new, and we wanted to do something that would capture the Sac pride and feeling,” Villarreal said of the jersey design. “Obviously it has a Giants influence with the colors and the bridge, but our focus was on making something unique to Sac that people would be proud to wear.”

In keeping with the Giants’ tradition, the River Cats will wear the new orange Sactown jerseys for all Friday home games as an ongoing effort to bridge the two organizations.

“These jerseys are a new and exciting way to represent our growing connection with the Giants,” said Erin O’Donnell, Director of Marketing for the Sacramento River Cats. “You’ll see the jerseys for the first time on the field during our Exhibition Game with the Giants on March 30 and then at every Friday home game throughout the coming season and beyond.”