You are here: Home › Tim Tebow Heading to the South Atlantic League
By Zach Spedden on March 23, 2017 in Features, Minor-League Baseball, News 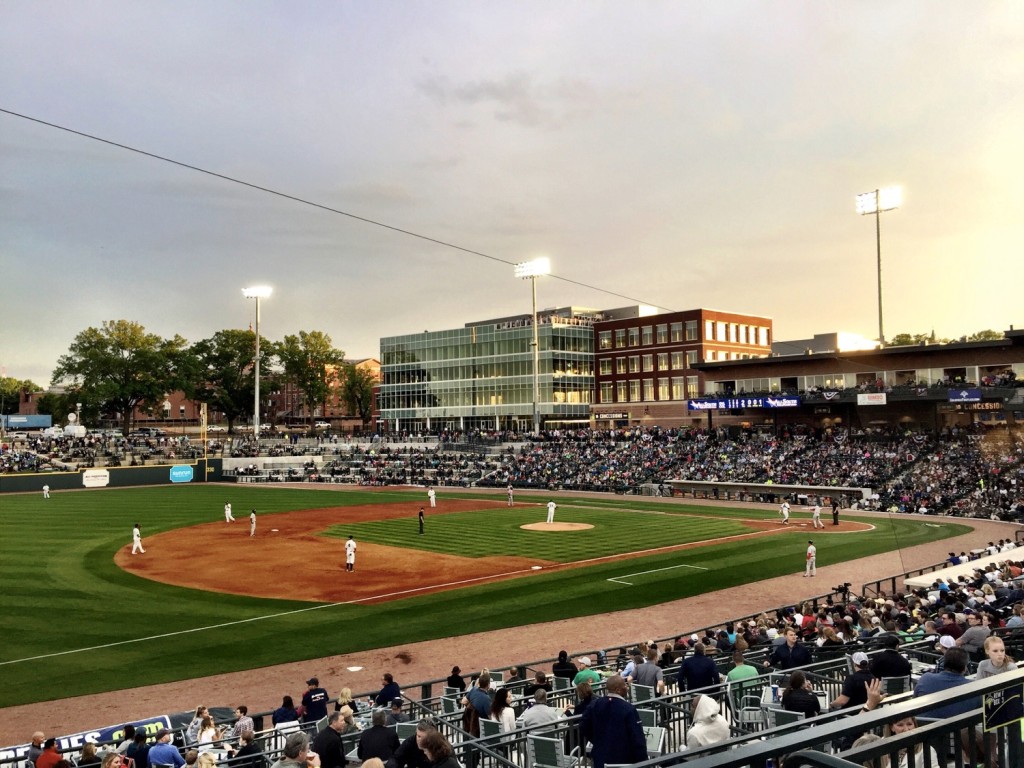 The Columbia Fireflies are slated to open the season with former Heisman Trophy winner Tim Tebow on their roster, allowing their South Atlantic League rivals to plan on his arrival.

Barring any unforeseen circumstances, Tebow should begin the season in Columbia, as the Fireflies and Mets confirmed his projected assignment earlier this week. The Fireflies also revealed that Tebow’s jersey number is expected to be 15, the same as what he wore during his time with the University of Florida and for parts of his NFL career.

Tebow is the not the first Heisman Trophy winner to attempt to play professional baseball—something we noted last summer—but his notoriety certainly adds to what was already a noteworthy season for the Fireflies. Fresh off the debut of Spirit Communications Park—which won our Ballpark of the Year for 2016—the Fireflies are setting the stage for a sophomore season at the facility that will include the South Atlantic League All-Star Game on June 20.

Of course, Tebow’s assignment to the South Atlantic League will mean that the circuit’s other teams could see large crowds. Some are already gearing up their fans for his arrival, as evidenced by various team announcements.

The Rome Braves issued a released that Tebow is scheduled to come to State Mutual Stadium early in the season, as the Braves will host the Fireflies for a three-game series starting on April 17. That will not be the first stop on the road for the Fireflies this season, as they will play four games against the Augusta GreenJackets at Lake Olmstead Stadium from April 13-16. In that case, Tebow’s arrival coincides with the GreenJackets’ home opener, an occasion that already features some promotional offerings and special ticket pricing.

The Lexington Legends are offering a special ticket package for games against the Fireflies at Whitaker Bank Park. At a price of $99 for box seats and $129 for field box tickets, fans will have entry to all 10 of the Fireflies’ visits under what the Legends have named the Ten Tebow Ticket Package. Columbia’s first appearance in Lexington will run from May 25-28, with ensuing visits scheduled to run from June 26-29 and July 19-21. Some of those games will coincide with promotional offerings such as fireworks, Thirsty Thursday, and other special events.

If Tebow does end up in Columbia as expected, it remains to be seen how long he will be with the team. Aside from the three teams that have already been covered, the Fireflies will also travel to face the Hickory Crawdads (April 27-30), Delmarva Shorebirds (May 10-12), Lakewood BlueClaws (May 13-16), Hagerstown Suns (June 1-4), Greenville Drive (June 13-15), and Charleston RiverDogs (June 16-18). It is not until after the All-Star Break that the Fireflies are slated to make their first visit to the Kannapolis Intimidators (July 22-25), while the Asheville Tourists, West Virginia Power, and Greensboro Grasshoppers will not host Columbia this season.

Tebow mania could spread throughout the South Atlantic League this season, especially given the number of opponents the Fireflies will travel to face early in the year. Columbia gets perhaps the most coveted game, however, as Tebow will make his regular season debut at Spirit Communications Park on April 6.