You are here: Home › Water shortages cause issues for Cal ballparks
By Kevin Reichard on June 12, 2015 in Major-League Baseball, News 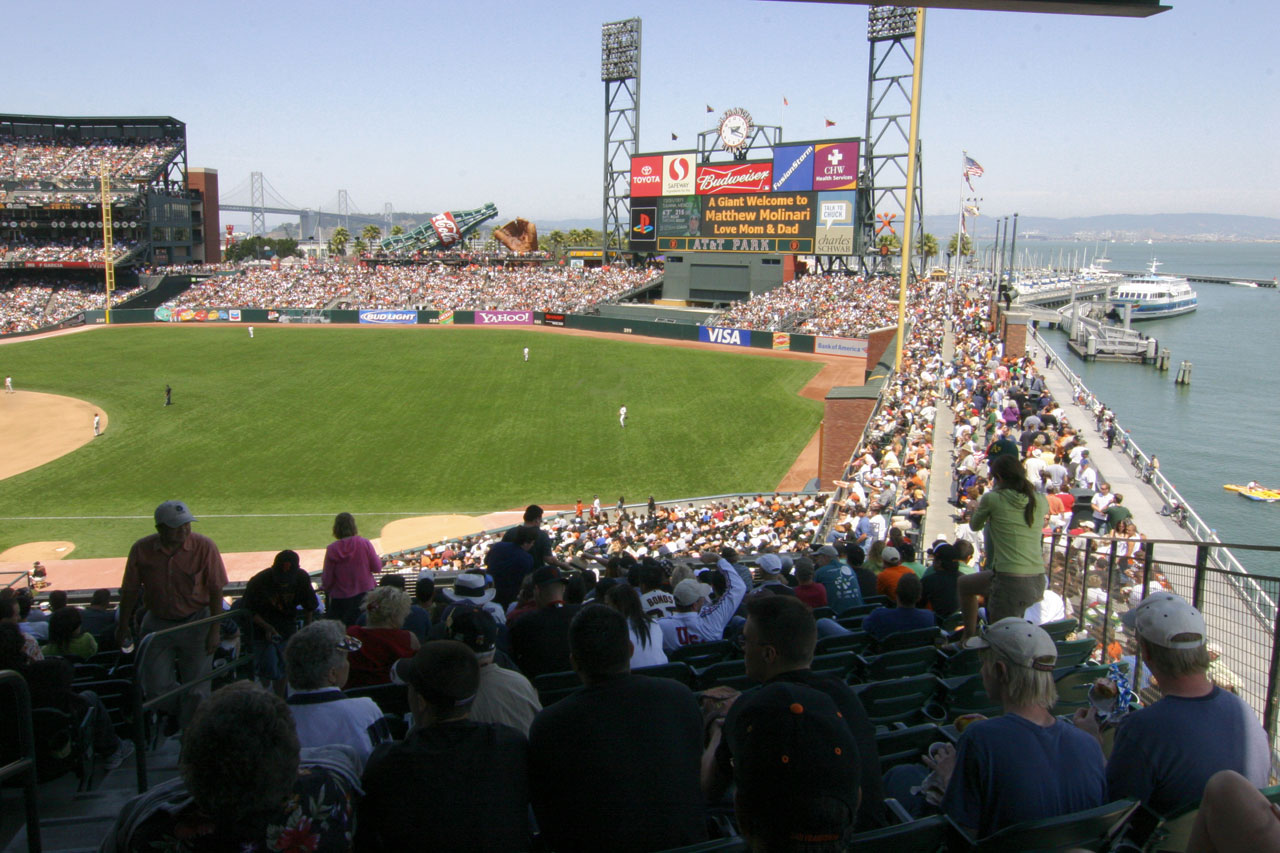 With an unprecedented drought affecting all aspects of life in California, groundskeepers and operations managers are making do with less water in pro-baseball ballparks.

Baseball isn’t necessarily a water-intensive industry, but there are some part of the game that do require plenty of the wet stuff. Grass fields, obviously, require daily watering under the hot California sun. A secondary use, and one that’s adjustable, involves after-game high-pressure cleanings, and teams are now scheduling these washes every other day instead of after every game. From AP:

Off the field, the Giants are pressure-washing the green seats every other game. Sticky soda spills, gooey nacho cheese or stray garlic fries might be staying put a little longer in the stands these days. Team officials are even considering asking fans to clean up their own food and beverage messes.

A couple of hours before first pitch, members of the cleaning crew walk through the stands with spray bottles and hand towels to touch up and wipe down the seats where needed. Later, the video board implores: “BE A TEAM PLAYER, HELP THE GIANTS CONSERVE WATER!” That is followed by an announcement about keeping the ballpark tidy to reduce postgame cleansing.

Across the bay, the Oakland Coliseum sits 22 feet below sea level and thus requires less water because the field holds the moisture better. The A’s also find ways to cut down water usage by not spraying down the stands as regularly while still keeping the facility sanitary.

Other measures include putting down synthetic turf or drought-tolerant plants and materials on off-field areas normally groomed with grass.

Interestingly, newer ballparks are equipped to handle these sorts of issues. Nationals Park, Target Field and CHS Field were all installed with fairly sophisticated water-reclamation systems that use cisterns to hold and recycle water drained from the ballpark.