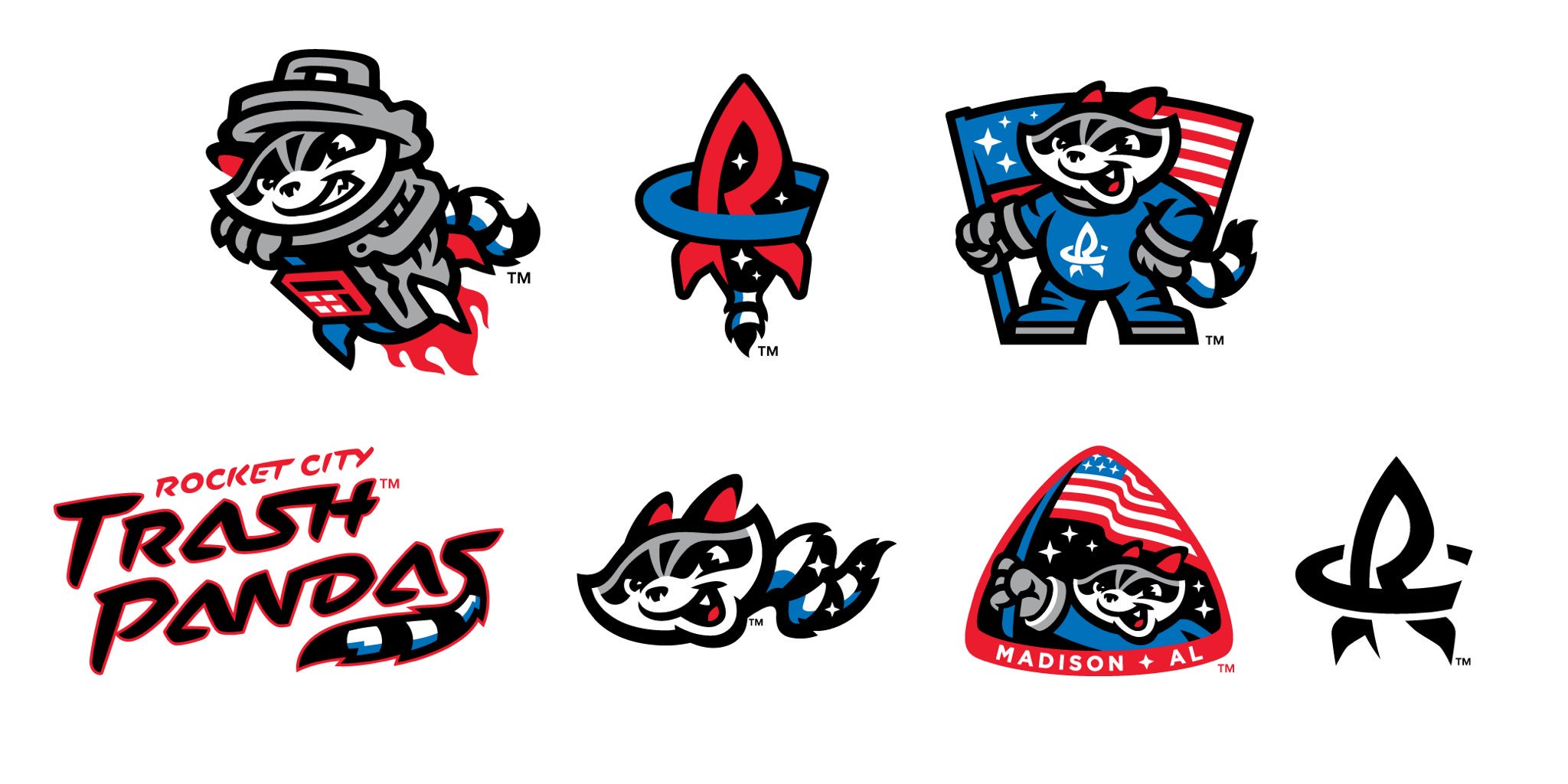 The name combines the region’s history as an aerospace snd engineering center while also honoring a recognizable local denizen in a whimsical way. The Mobile BayBears are relocating when a new Madison ballpark is completed, and Rocket City Trash Pandas was selected in a name-the-team contest after more than 15,000 voters selected it in three rounds of voting–a name approved by almost 50 percent of the voters.

“After record-breaking attendance at both our team name reveal and groundbreaking ceremonies, it was only fitting to do this unveiling big,” said BallCorps Managing Partner and Trash Pandas CEO Ralph Nelson in a press statement. “We have been overwhelmed by this community’s response to our efforts to bring baseball back to North Alabama…so this night is our way to say thank you.”

The Trash Pandas look was created by Jason Klein and Casey White of Brandiose. The development process began last June when Klein and White met in the Rocket City with fans, staff and community members to learn about the stories, history, and personality of the community. Brandiose developed the logos, uniforms, mascot, and is dreaming up enhancements for the 2020 fan experience.

“I thought the entire branding process was one of the most fascinating experiences I’ve been part of,” said Nelson.“Every step and public reaction Jason and Casey told us to anticipate at the very start of the process happened exactly as they said. The worldwide interest in our name is stunning; I suspect the reaction to our merchandise will be exactly the same.”