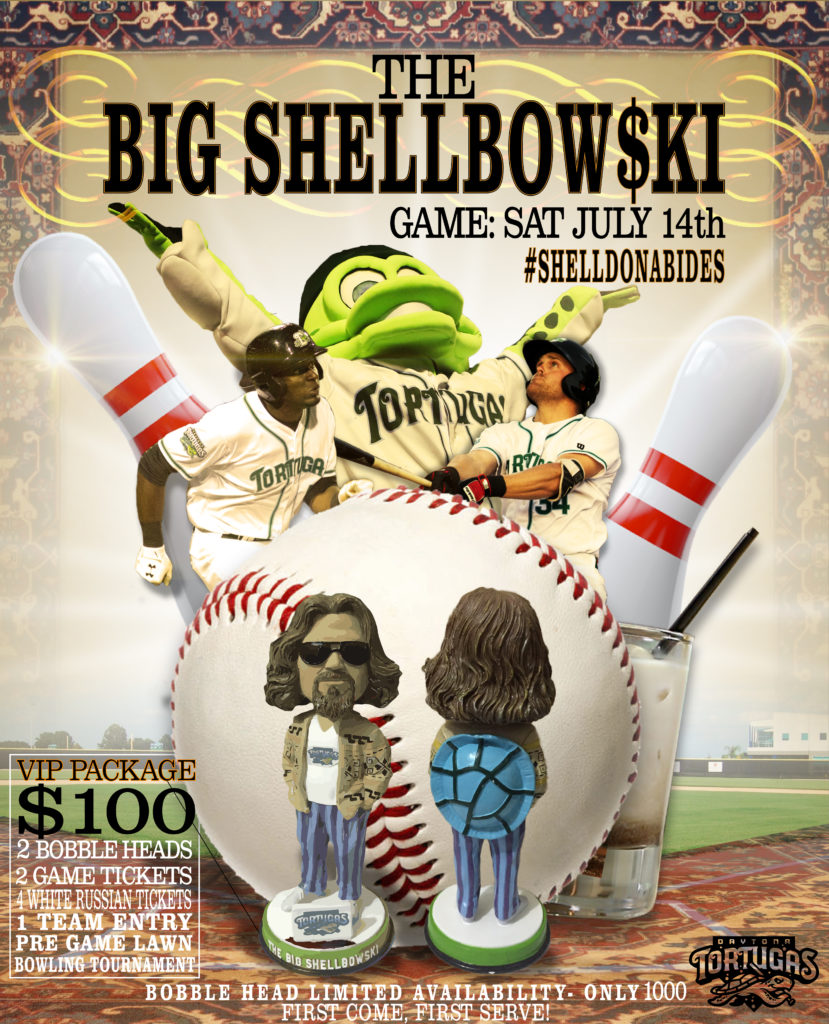 In honor of the 20th anniversary of The Big Lebowski, the Daytona Tortugas (High A; Florida State League) will host Big SHELLbowski Night on Saturday, July 14.

The first 1,000 fans through the gates that night will receive the one-of-a-kind Big SHELLbowski bobblehead, a mixture between The Dude and a Tortuga. Gates will open to the public at 5:30 PM, with first pitch being thrown at 7:05 PM.

The Party Pavilion at Jackie Robinson Ballpark will transform into a bowling alley for a pre-game Lawn Bowling Tournament, complete with the sounds of the movie soundtrack and the bars stocked with White Russians.

Participation in the tournament is limited to the first 32 teams of two. Registration is available with the purchase of the “Perfect Game” VIP Package, which includes: one team tournament entry, two Big SHELLbowski bobbleheads, two tickets to Big SHELLbowski Night and four tickets redeemable for White Russians.

Winners of the pre-game Lawn Bowling Tournament will receive a rug that will really tie the ballpark together. And don’t worry, White Russians will be available for $3 across the ballpark all night long.

Additionally, the Tortugas entertainment team will be looking for the best Dude, Walter and Donny in attendance. Cosplay of your favorite character is encouraged, so dress up and come out.