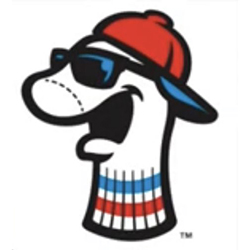 Two major 2022 Appalachian League awards are out: the Burlington Sock Puppets is the summer-collegiate league’s Organization of the Year, and Danville Otterbots GM Austin Scher is Executive of the Year.

Since the reformation of the Appalachian League from a Rookie-level affiliated league to an MLB partnered summer collegiate league in 2021, the Sock Puppets have been the only team to finish in the top three in attendance and increase attendance each year. In 2022, the Sock Puppets eclipsed 50,000 total fans, a feat the club had not accomplished in over a decade.

“When Brittany and Ryan Keur bought the club in 2020 and put together this staff, we knew we had a unique opportunity to really create something special here in Burlington that featured more than just high-level baseball,” said Sock Puppets general manager Anderson Rathbun via press release. “Being recognized in this way really shows that from ownership to the full-time staff, to our players, interns, grounds crew and everyone else that worked with us this summer, we did things the right way, and, to me, it’s been a lot of fun being a part of it.”

This past year saw the Burlington Sock Puppets finish as the East Division Champions while setting the highest win total of a team since the Appy League changed over. The Sock Puppets hosted the first ever two-night All-Star event in league history broadcast nationally on MLB Network, the first-ever ‘Bros v. Pros’ Exhibition event featuring some of the best-known baseball content creators on the Internet and broke the franchise record for the highest attended game at Burlington Athletic Stadium on July 1, when they welcomed 4,217 fans.

“I am beyond honored and humbled to have been voted 2022 Appalachian League Executive of the Year,” said Scher via press release. “The success of the Otterbots this season is a testament to the tireless efforts of my incredible full-time staff, our 2022 intern class and the best game day staff in all of baseball. We made it our mission to become a true Community Champion, and I cannot thank our incredible fan base enough for their support.”