You are here: Home › Wright new Chief Commercial Officer for U.S. Soccer
By Kevin Reichard on September 11, 2020 in At the Ballpark, The Front Office 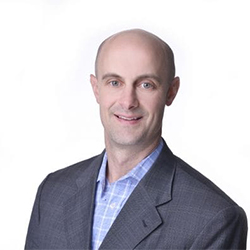 “David is an outstanding sales and marketing professional with an impeccable reputation,” said U.S. Soccer CEO and Secretary General Will Wilson. “He has the experience, relationships, skill-set, and work ethic to have both immediate and long-term positive impact on U.S Soccer.  Additionally, he has a strong track record of building diverse teams and mentoring staff. As a former collegiate soccer athlete he is a team player and a leader, and I’m very excited to have him on board.”

The announcement of Wright’s departure was presented to MiLB owners and staff before the announced retirement of MiLB President/CEO Pat O’Conner. And while there have been other cutbacks in the St. Petersburg offices, Wright’s move to the U.S. Soccer Federation was not among them.

Wright joined MiLB from Major League Soccer (MLS) and Soccer United Marketing (SUM), where he served as its Senior Vice President, Global Sponsorship in his last role. He oversaw new business efforts for the premier soccer properties in North America (including U.S. Soccer, MLS and the Mexican National Team) that led to partnerships with some of the biggest brands in sport and entertainment. In addition, Wright also managed a partnership marketing team tasked with day-to-day management, growth and retention of more than 40 MLS/SUM partners.

“I am honored to join U.S. Soccer at such an incredible moment in time for the sport,” said Wright. “With a great foundation in place, unprecedented momentum, the unparalleled success of the U.S. Women’s National Team, and the 2026 FIFA World Cup on the horizon, I am excited to play a role in soccer’s continued growth for many years to come.”