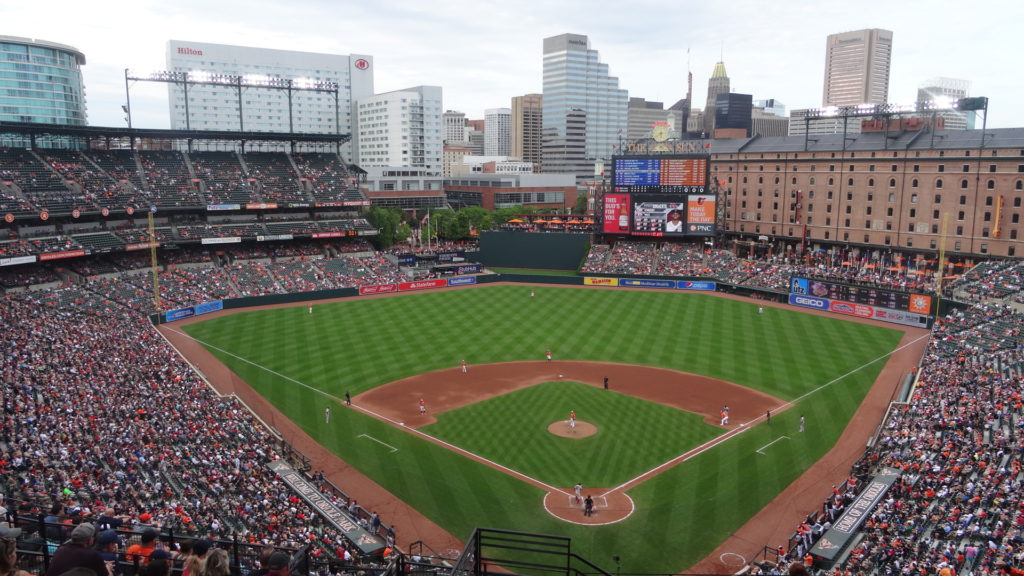 In planning the future of Oriole Park at Camden Yards, the Baltimore Orioles will likely implement a strategy that includes renovations and more non-baseball events.

A visit to Oriole Park reveals what makes it unique, and some of the shortcomings it has in comparison to newer facilities. While the retro-influenced design has aged nicely, and undoubtedly influenced a wave of ballparks that followed, it also has a fixed seating capacity around 46,000 that is arguably too large by today’s standards, lacks open concourses, and could be bolstered in areas such as technology and social/group spaces.

The Orioles are nearing the end of their original lease to the ballpark, which expires at the end of 2021. There is an option for the Orioles to extend the current agreement an additional five years, but both the team and ballpark owner Maryland Stadium Authority (MSA) have confirmed that discussions about a long-term extension are underway.

The organization also appears to be taking a hard look at Oriole Park’s future, both with its features and how it is operated. July’s successful Billy Joel concert—the first in the ballpark’s history—is likely going to be the catalyst for a refined strategy that sees the Orioles open the ballpark up for non-baseball offerings, ranging from major concerts to community events. Furthermore, renovations are likely on the way. Until final plans emerge, the exact scope of what the Orioles and MSA will pursue remains unknown, but there does appear to be some consideration of scaling back the fixed seating capacity in favor of a wider array of viewing options. More from the Baltimore Sun:

“There is a lot of planning and development work going on now for what Camden Yards is going to look like for not just next year but five or 10 years from now,” said Greg Bader, the team’s senior vice president of administration and experience. Among the possibilities “up for conversation” is whether the stadium still needs 46,000 seats, Bader said. Newer venues, such as the Atlanta Braves’ Sun Trust Park, Nationals Park in Washington and Marlins Park in Miami, have fewer seats.

Last July, the Orioles broke with more than 25 years of team tradition by holding a concert at the stadium featuring singer Billy Joel. The longtime baseball-only venue joined other iconic ballparks such as Boston’s Fenway Park, Chicago’s Wrigley Field and Los Angeles’ Dodger Stadium that have sought to capitalize on their cachet — and make money — in recent years by hosting concerts.

The club believes the sold-out concert can be a model for future marquee events.

“That is not going to be a unique event. That is literally going to be the start of something,” said Jennifer Grondahl, senior vice president of community development and communications. “Oriole Park at Camden Yards is a venue, it’s a destination for residents, for tourists. We want to use this ballpark not just for baseball but for other concerts, for community events.”

Discussion of how to work more social/group viewing space into the ballpark is not completely surprising, as the Orioles floated similar plans back in 2015. The Orioles have been successful in their previous implementations of Oriole Park social spaces—from the right-field flag court original to the ballpark’s 1992 opening, to the center-field roof deck added in 2012—so building off that strength in future improvements would make sense.

Additionally, there are some other upgrades that the Orioles and MSA could consider. Adding public Wi-Fi could be among technology upgrades and there could be some discussion of improving and/or adding revenue-generating premium areas. Still, any renovations are unlikely to drastically alter the look and feel of Oriole Park, which has held up over nearly 30 years and continues to be one the ballpark’s positive traits.