In their upgrades to Citizens Bank Park, the Philadelphia Phillies have not forgotten about their history at Veterans Stadium. Prior to this season, the team installed a Liberty Bell that was once displayed at the Vet, adding to the tributes to their former home.

Veterans Stadium opened in 1971, sporting a cookie-cutter layout that was becoming increasingly prevalent in major sports. Starting with the opening of D.C. Stadium (later RFK Stadium) 10 years earlier, many cities resorted to building new multipurpose stadiums with an enclosed design that could accommodate NFL and MLB teams. In Veterans Stadium’s case, the facility served as home to the Eagles and Phillies until those franchises opened their own new venues in 2003 and 2004, respectively.

Now in its 16th season of operation, Citizens Bank Park has been kept up to date by the Phillies with recent upgrades. The slate of improvements includes a renovation made over the offseason that saw 24,500 square feet of space adjacent to the Third Base Plaza converted into Pass and Stow, a new destination with indoor and outdoor amenities. That improvement has resulted in some notable changes to the ballpark’s interior, but it also added a touch from the Vet that now greets fans as they arrive at Citizens Bank Park. A Liberty Bell that was mounted on Veteran Stadium’s catwalk above center field in 1983 and remained there until the facility’s closing was tracked down by the Phillies, who restored and displayed it outside the newly renovated area. What is now showcased outside Citizens Bank Park is the second and final Liberty Bell that was displayed at Veterans Stadium.

Measuring 19 feet tall, covering roughly 270 square feet, and weighing over 5,000 pounds, the Liberty Bell certainly stands out. In its new location, the Liberty Bell serves a few purposes, providing a relic from the Phillies’ history, while enhancing the look and feel of one of Citizens Bank Park’s entrances and giving fans the perfect selfie spot for capturing their day at the ballpark. Veterans Stadium stood what is now a parking lot adjacent to Citizens Bank Park. Within that area, there are plaques that show the location of Veterans Stadium’s home plate, the pitcher’s mound, and three infield bases. In another interesting touch, artwork that was originally commissioned for Veterans Stadium has been preserved. Four statues completed by the sculptor Joe Brown were displayed at Veterans Stadium’s podium level beginning in 1976 and are now located on the parameter of the parking lot where the facility once stood. The statues include two football and two baseball scenes, with one of the baseball statues shown above in its current location. 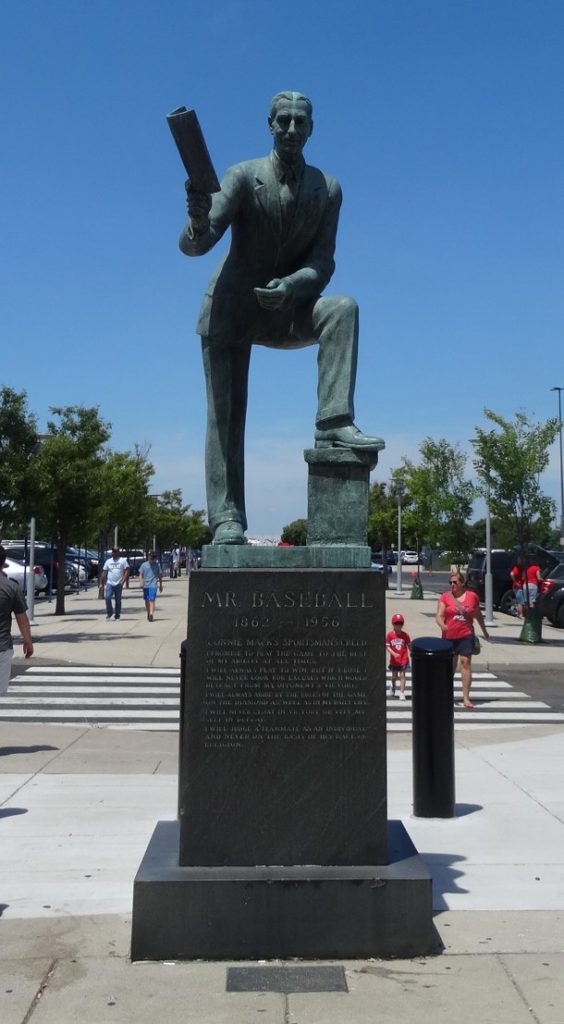 Veterans Stadium was never exactly regarded as being among the best of MLB or NFL facilities during its years of operation, and it had been long out of date before it finally closed. For the Phillies and Eagles, closing the Vet and moving into their own venues has put them in line with the facility standards in their respective leagues. 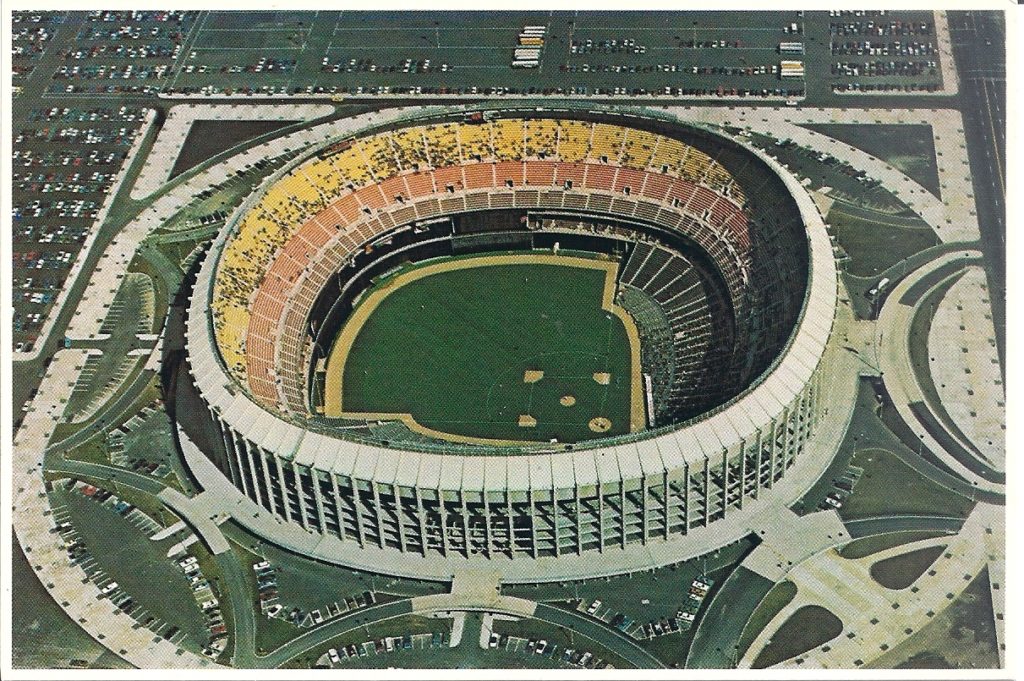 Still, Veterans Stadium is fondly remembered to this day. From strictly the Phillies’ perspective, the Vet was the site of plenty of great memories, thanks to some team success on the field and the emergence of plenty of franchise legends. Over their time at Veterans Stadium, the Phillies made seven trips to the playoffs, winning the National League East on six occasions and appearing in the World Series three times. (One postseason appearance was in the split season of 1981, when the Phillies lost the division series to the Montreal Expos). The most notable postseason was in 1980, the year the Phillies triumphed over the Kansas City Royals to win their first World Series. Veterans Stadium was also where plenty of Phillies icons made memories, including Hall of Famers Mike Schmidt and Steve Carlton. In its new location, the Veterans Stadium Liberty Bell can be seen as a backdrop to the statue of Schmidt that was already on display outside Citizens Bank Park, serving as a fitting connection between past and present.

While it may no longer be standing, the Phillies have ensured that Veterans Stadium’s legacy is remembered well after its closing. Several steps have been made over the years to preserve Veterans Stadium’s history, with the Liberty Bell serving as the latest touch and assuring that the Phillies will not forget about their past as they continue to further improve their current home.