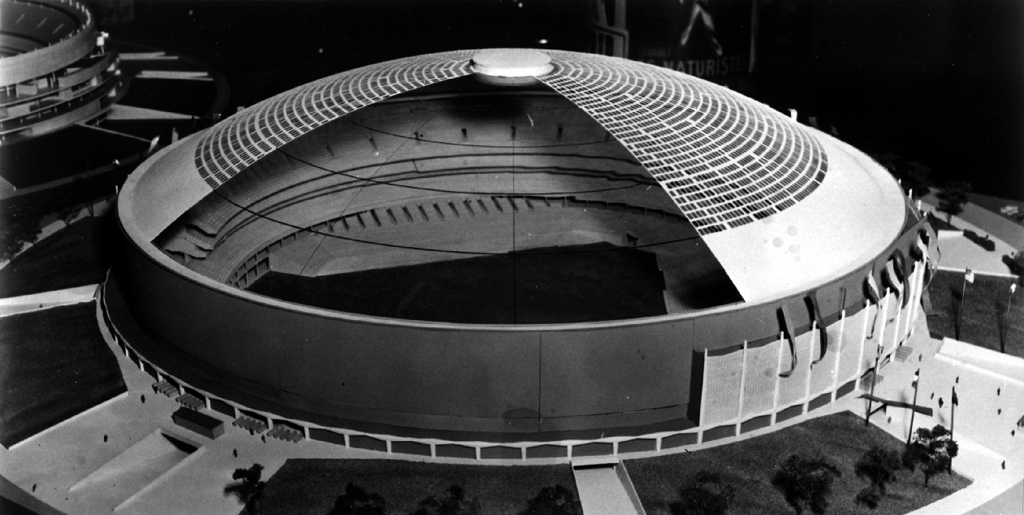 Major League Baseball teams are using their 2015 promotional slates to market unique days or weekends that celebrate their history. Some of the most notable examples—including weekly promotions, as well as celebrations and giveaways to commemorate notable anniversaries—are discussed in this week’s Promotions Watch.

Over the past few seasons, more clubs have come up with nostalgia-based marketing to appeal to fans. The Baltimore Orioles, Milwaukee Brewers, Minnesota Twins, Seattle Mariners, and Toronto Blue Jays are among the teams that have either completely overhauled or added to their uniform and logo rotations with designs that recall past looks in recent seasons. Beyond the uniforms on the field, certain teams are making conscious efforts to highlight their past. Two teams this year are making Throwback Thursdays a focal point in their special event calendars. The Arizona Diamondbacks will wear their original purple and teal jerseys for every Thursday home game this season. Beginning on May 7, the D-Backs will wear the alternate, sleeveless home jerseys they sported from 1998-2006 along with the purple hat from that era. Before the D-Backs switched to a black and red color scheme in 2007, the purple and teal pairing was part of their identity for many memorable seasons, including their World Series Championship in 2001.

Along with the D-Backs, the Oakland A’s are continuing to celebrate their history every Thursday. As part of Throwback Thursday at O.Coliseum, the A’s will hand out commemorative player buttons to the first 5,000 fans in attendance. Continuing their theme from last year, the team will honor its history in the three cities in which it has played: Philadelphia, Kansas City, and Oakland. Though the first button—which depicted Hall of Famer Chief Bender in a 1902 Philadelphia A’s uniform—was given out on April 9, fans will have nine more opportunities to take part in Throwback Thursday this season. Those looking to Oakland for history-related promotions might also want to check out 1965 Turn-Back-The-Clock Day on June 27, which will include a free t-shirt honoring Charlie O—the franchise’s mule mascot from 1963 to 1976—for the first 20,000 fans.

While it will not occur during every home game, another day-of-the-week promotion to keep an eye on this year is the Washington Nationals’ 10-Year Tuesday series. As noted during the March 23 edition of Promotions Watch—which covered notable bobblehead giveaways in the majors this season—the Nationals are heavily marketing their 10th anniversary. 10-Year Tuesdays is another dimension of that effort, as the team will hand out an anniversary-related item on at least  one Tuesday every month. The series begins on April 21 with a free stationary set for the first 10,000 fans, and culminates with a mini lineup card giveaway on September 8.

Another team tapping into their history on select days is the San Diego Padres. On five Wednesdays this season, the team will celebrate Way Back Wednesdays by taking the field in the brown pinstriped jerseys they wore from 1985-1990. The promotions will also be tied-into the game day atmosphere, as the Padres plan to use special graphics, music, and promotions. The first Way Back Wednesday will take place at Petco Park on April 29, followed by July 1, July 22, August 12, and August 19. In some cases, the Padres will feature other promotions during these games, including a dog day on July 1. There will also be a replica of the jersey given away on August 8.

While weekday-specific promotions are a route for some teams, others are taking different approaches. A close look at MLB giveaway schedules this season will show a noticeable trend: special alumni or anniversary weekends that include at least one free item for fans.

One of the first heritage weekends to keep an eye on this season comes from the Cincinnati Reds, who will celebrate the 25th anniversary of their 1990 World Series Title from April 24-25. The Reds will give away a free 1990 print on the April 24, along with a replica World Series ring for those who buy into the replica ring ticket package. On April 25, the team will hand out a Nasty Boys Triple Bobblehead—featuring relievers Randy Myers, Norm Charlton, and Rob Dibble—to the first 25,000 fans.

Along with the Reds, a few other teams are devoting weekends to World Series anniversaries. The Atlanta Braves will host alumni weekend, starting on August 7. The Braves will be celebrating both their 50th season in Atlanta as well as the 20th anniversary of their 1995 World Series title. During that weekend, the Braves are staging several promotions, but August 8 will be the busiest night: the team will giveaway replica rings to the first 20,000 fans through the gates of Turner Field, while also staging a special alumni game between the 1995 Braves and the team’s legends.

The Chicago White Sox will stage their own version of that promotion during 2005 World Championship Reunion Weekend. Beginning on July 17, the White Sox will stage several promotions relating to the event, including a replica ring giveaway on July 18 and a tailgate flag hand out on the July 19. The ring will be available to the first 20,000 fans 21 and older, while the tailgate flag will be given to the first 10,000 fans through the gates of U.S. Cellular Field.

The Los Angeles Dodgers will celebrate the 50th anniversary of their 1965 title with a replica ring giveaway on May 16. Along with the ring, the Dodgers will also stage an Old Timers’ Game. Those who enjoy history-related promotions will find numerous options at Dodger Stadium this season, including a replica Jackie Robinson jersey giveaway on April 15 as part of Jackie Robinson Day as well as the eight-part Cy Young Collectors’ Pin series.

A few other ring giveaways to keep an eye on: The St. Louis Cardinals will give away replica rings celebrating the 1982 and 1967 titles on July 3 and September 4 respectively, while also handing out 1985 replica National League Pennant rings on May 25. The Florida Marlins will hand out 10,000 replica 2003 championship rings as part of Josh Beckett Day on June 28.

For those not necessarily looking for commemorations of World Series anniversaries, there are still a few interesting options this year. The Philadelphia Phillies will host their annual alumni weekend starting on July 31, when Pat Burrell is inducted onto the team’s Wall of Fame at Citizens Bank Park. The day after Burrell’s induction, the Phillies will host an estimated 40-50 former Phillies as part of alumni day.

The Houston Astros will host 50th Anniversary Weekend, a celebration of their 50th year under the Astros’ moniker. That weekend will include a pair of giveaways, starting with a Jimmy Wynn bobblehead on April 17 followed the next night by a 1965 replica Astrodome giveaway on the 18th. Both items will be available to the first 10,000 fans at Minute Maid Park.

On July 25, the Cleveland Indians will stage a statue unveiling ceremony at Progressive Field for Larry Doby—the first African American to play in the American League. As part of that promotion, the Tribe will hand out replicas of the statue to the first 12,500 fans.

Ending this look at major league history promotions is one of the most longstanding and notable days at the ballpark. On June 20, the New York Yankees will host the 69th annual Old Timers’ Day at Yankee Stadium. Love them or hate them, the Yankees have always put on a good show by reuniting some of the best players in their history for the Old Timers’ Game that is a part of the promotion. This year, Old Timers’ Day will coincide with a special Monument Park dedication for Willie Randolph. Randolph was the starting second baseman for the franchise’s World Championship squads in 1977 and 1978, and served as a coach during the Yankees’ four-titles in-five-seasons run from 1996-2000.

Durham Bulls brewery on tap for DBAP
The birth of modern baseball design: 1965