You are here: Home › Timber Rattlers to Become Wisconsin Brats on June 9
By Ballpark Digest Editors on March 5, 2018 in Minor-League Baseball, News, Promotions 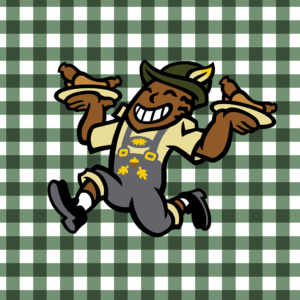 As part of a special promotion on June 9, the Wisconsin Timber Rattlers (Low A; Midwest League) will change their name to the Wisconsin Brats. The promotions is part of Bratoberfest presented by Grifols

The players and coaches will wear special-designed hats and jerseys on the evening of the game against the Cedar Rapids Kernels. Selected jerseys will be available in an online charity auction with proceeds going to the Wisconsin Timber Rattlers Charity Fund. Fans will be able to order t-shirts and hats with the Wisconsin Brats logo from the Snake Pit Team Store both online and at the store in Neuroscience Group Field soon. Keep an eye on Facebook, Twitter, Instagram, and timberrattlers.com for further developments!

The first 1,000 fans to attend the game on that night will receive a special giveaway courtesy of Grifols. The Jerry Schneider Band is scheduled to perform their legendary polka music outside the ballpark before the game and there will be several other surprises from the Brats on that night.

Stick around after the game on June 9 to enjoy a Fireworks display from Festival Foods and children 14 and under may run the bases courtesy of Meijer.