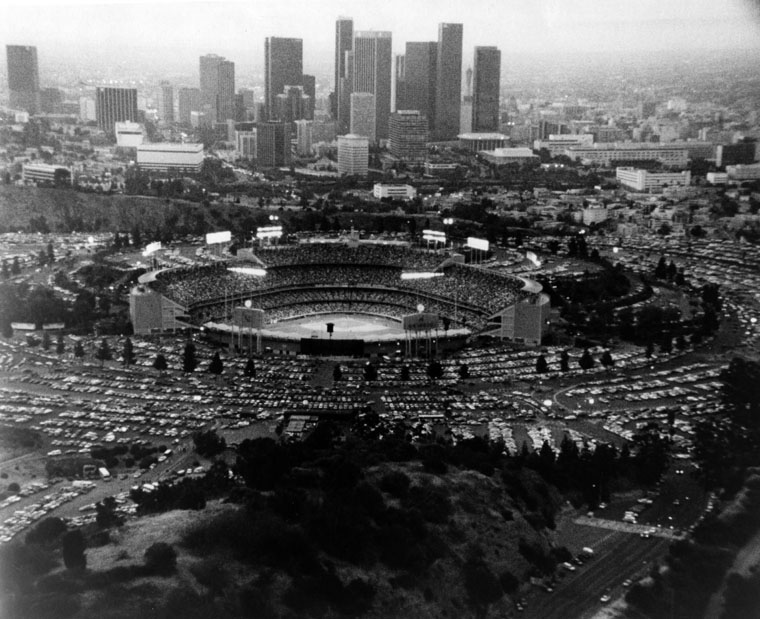 Dodger Stadium and Minute Maid Park have the distinction of hosting this year’s World Series matchups, giving Major League Baseball a chance to showcase two facilities that are in many ways opposites.

The World Series between the Los Angeles Dodgers and Houston Astros began on Tuesday, when Dodger Stadium hosted game one. Following game two on Wednesday and an off day on Thursday, the Fall Classic will shift to Houston’s Minute Maid Park on Friday.

In many respects, the two ballparks featured in the World Series are stark contrasts from one another. The open-air Dodger Stadium is the third-oldest ballpark in MLB—behind only Fenway Park and Wrigley Field—and while it has been modernized by the Dodgers in recent years, it maintains much of its historic charm.

Having opened in 2000, Minute Maid Park certainly cannot be considered new by MLB standards. Still, the ballpark’s characteristics embody those of many modern retractable-roof facilities in the league, and a major centerfield area addition that was installed prior to the 2017 season gives it a distinct new amenity.

As for Minute Maid Park, it has hosted plenty of postseason games in its history, but has been a site in just one World Series. Games three and four of the 2005 World Series took place at Minute Maid Park, where the Chicago White Sox won both contests to complete a sweep of the Astros. That was the only time prior to this year that Houston appeared in a World Series, but the Astros have reached the playoffs five times since Minute Maid Park’s opening, including twice since making their switch to the American league in 2013.

Out of what was a solid slate of 2017 playoff ballparks, Dodger Stadium and Minute Maid Park have emerged as the host sites of the World Series. How the action on the field unfolds remains to be seen, but regardless, this year’s Fall Classic will add to the lineage of two distinguished ballparks with very different histories.