You are here: Home › Hillcats to Make Ballpark Dog Friendly
By Ballpark Digest Editors on January 5, 2017 in Minor-League Baseball, News 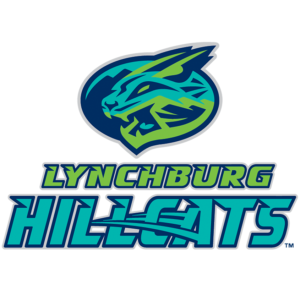 The Lynchburg Hillcats (High A; Carolina League) have announced a partnership with the Lynchburg Humane Society that will make City Stadium dog friendly. Dogs at the ballpark have long been a part of teams’ promotional and community outreach efforts, and the Hillcats are taking it a step further. Under this plan, dogs will be allowed to all games at City Stadium in 2017.

The partnership will also have numerous levels of participation on the part of the Hillcats.

“I’m thrilled to be working with the Lynchburg Humane Society this upcoming season and beyond,” said Hillcats President Chris Jones. “This is a perfect way to start off 2017. One of my top priorities from day one has been strengthening the Hillcats presence in Lynchburg in terms of giving back to the community and supporting worthwhile causes. We laid a solid foundation toward meeting that objective last year. That put us in a position this season where we can create strong partnerships with other tremendous organizations, such as this one with the Lynchburg Humane Society.”

To initiate the new alliance, the Lynchburg Hillcats are sponsoring the adoption banner in the month of January. The Lynchburg Humane Society provides care and nurture for animals while providing a safe environment until they are adopted and taken home by a new owner. The building maintains regular hours every day of the week, including Saturday and Sunday, at its new location on Old Graves Mill Road. The Lynchburg Humane Society witnessed 3,254 adoptions last year.

“We are excited about all the opportunities to work with the Lynchburg Hillcats,” said Makena Yarbrough, Executive Director of the Lynchburg Humane Society. “This will not only provide exposure for adoptable pets and bring awareness to our organization, but it is also a great way to celebrate the bond between pets and family by going to the ballfield.”

Along with the partnership, City Stadium will become a dog-friendly ballpark throughout the 2017 season, meaning Hillcats fans can bring their canines to all home games.

“As far as I know, we will be the first 100-percent dog-friendly ballpark for an entire season,” said Jones. “Virtually every team holds a ‘Bark in the Park’ Day at this point, and they are extremely popular with fans. In past years, the Hillcats have hosted more than one of these in the same season, which caused us as a staff to ask why we couldn’t do it more. Expanding ‘Bark in the Park’ to every home game seemed like a fun way to help grow awareness and signify this partnership with the Lynchburg Humane Society.”

The Hillcats are also working on logistics for a one-miler dog walk that will take place during the regular season to raise awareness for the Lynchburg Humane Society. Details for that event and many other components involving the partnership will be announced as they draw closer throughout the year. However, the first order of business between the Hillcats and Lynchburg Humane Society will be finalizing the search for Southpaw’s replacement next Monday.

“Anyone who has been following our social media accounts the past two months is aware that Southpaw is retiring after 22 amazing seasons as the Hillcats mascot,” said Jones. “Next Monday, Southpaw’s retirement becomes effective. I don’t want to reveal too much, but the Lynchburg Humane Society will play an integral part in the mascot transition, so I hope fans will check back Monday to see what happens. Again, we’re looking forward to a fun and beneficial relationship with the Lynchburg Humane Society.”