We end 2016 with a countdown of the 10 biggest stories of the year on Ballpark Digest, as chosen by editors and partially based on page views. Today, #5: The debut of the Columbia Fireflies.

For Columbia, SC, the long wait for Minor League Baseball’s return paid off in 2016. The year saw the Columbia Fireflies (Low A; Sally League) make a major splash with their debut, and set up a bright future at Spirit Communications Park.

In 2015, Hardball Capital confirmed that the Savannah Sand Gnats were relocating to Columbia for the 2016 season, which was when a new ballpark was set to open. Hardball, having already pulled off a success story at Fort Wayne’s Parkview Field, was coming to Columbia—which had not hosted MiLB action since 2004—with eyes on setting up a strong fan experience at the ballpark.

Upon the ballpark’s opening, we gave it a rave review—noting not only its exceptional design and emphasis on the fan experience, but also its potential to generate economic activity in the area. Later in the season, we named Spirit Communications Park our Ballpark of the Year. 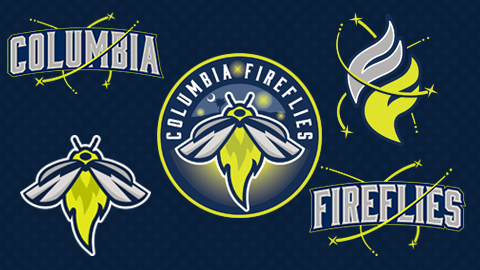 However, the Fireflies’ season was more than just the launch of a new ballpark. With the move to Columbia came a bold new identity, one that captured attention around the baseball world.

The team’s bright, bold color scheme was underscored by touches such as glow-in-the-dark caps. In a fairly competitive year for new names and logos, the Fireflies triumphed, winning our award for Best New Logo/Branding.

Certainly, the fans responded to the team’s arrival, as the Fireflies far and away outperformed the city’s previous franchises in terms of attendance.

In those respects, 2016 was a success for the Fireflies. However, as BullStreet continues to take shape and the Fireflies takes further steps to solidify themselves in the community, 2016 could ultimately be remembered for setting up years of even greater success.