You are here: Home › Best of the Ballparks: Ebbets Field
By Kevin Reichard on July 14, 2015 in Awards, Minor-League Baseball, News 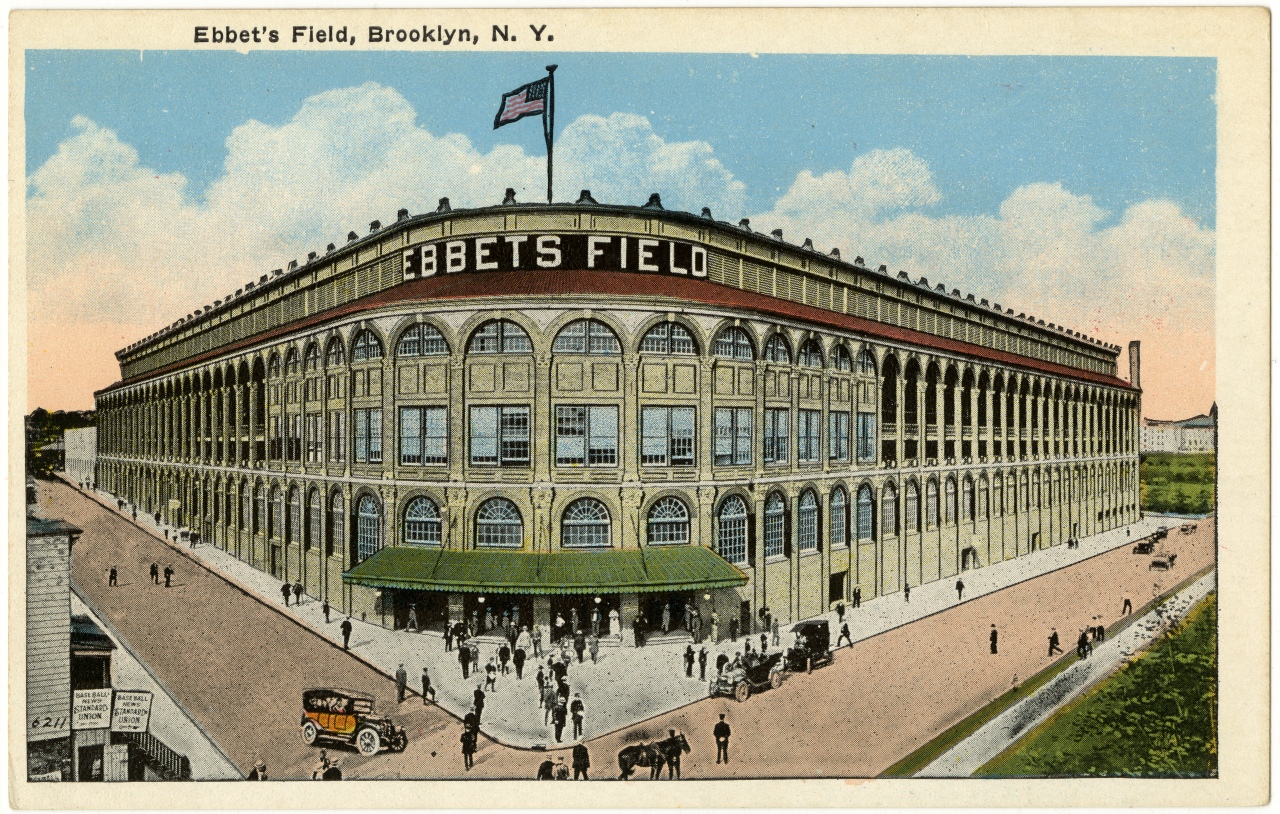 By a narrow six-vote margin, fans selected Ebbets Field, former home of the Brooklyn Dodgers, over the Polo Grounds as their favorite former Major League Baseball ballpark in our Best of the Ballparks competition. Really, the two finalists were among the most popular in the entire Best of the Ballparks voting, which attracted over 90,000 individuals. Ebbets Field, which opened April 9, 1913, was home to Dem Bums, as generations of Brooklyn Dodgers fans had their hopes raised and hearts broken at one of the most intimate ballparks in all of baseball. It was also one of the most influential in terms of design, as plenty of newer ballparks pay homage with a grand rotunda designed to mimic the one at Ebbets Field or, in the case of Citi Field and Tropicana Field, designed directly from the original Ebbets Field blueprints: We started with a list of 32 former MLB ballparks featuring facilities of recent vintage, as well as notable ballparks of the past. It is not a definitive list of former MLB ballparks. We don’t go back to the turn of the century and include ballparks like the Cincinnati Reds’ Palace of the Fans, nor do we include temporary facilities like Colt Stadium, Wrigley Field (LA) or Seals Stadium. (We did make one exception: we included Sick’s Seattle Stadium if only for the extreme nostalgia exhibited by Seattle Pilots fans. They decided not to vote.) Not every one of these ballparks is a classic, and some generate some pretty extreme feelings on both the best/worst sides of the equation. Most are gone, though some (Astrodome, Braves Field, Jack Murphy Stadium, LA Coliseum, RFK Stadium) live on in one form or another. All in all, more than 71,000 folks voted in the MiLB part of the polling; another 20,000 participated in the MLB edition of the Best of the Ballparks.

We began with these former ballparks. This is in alphabetical order. The brackets above were randomized; they are not the results of seedings on our part.

Results are listed by percentage of votes cast. This was not a seeded competition: the ballparks were randomly inserted into their brackets and placed by automated software.