The Los Angeles Dodgers have issued new renderings and other updates on their ongoing Dodger Stadium renovation, an offseason project that will result in several new fan amenities.

The project will create a new “front door” to Dodger Stadium with two acres of food and entertainment offerings in the new Centerfield Plaza and renovated Pavilions, and also improve ballpark circulation through the addition of elevators, escalators and bridges – all without changing the look and feel of one of the most picturesque ballparks in MLB. Further details on this project will be announced as Opening Day approaches, including food and beverage concepts and interactive experiences. Among the elements included in the updated renderings are: While the goal remains to complete all renovations by Opening Day, March 26, some elements will be unveiled and added during the first few homestands. The renovated pavilions and Centerfield Plaza will not be accessible during the Freeway Series spring training games, March 23-24, as finishing touches are completed. 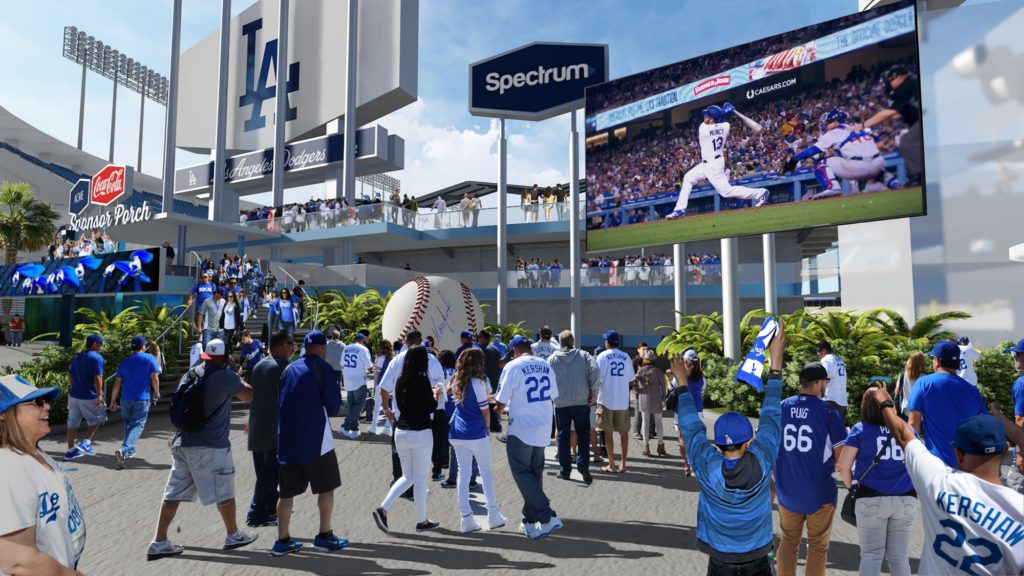 Since 2013, Dodger Stadium has undergone a series of fan-friendly improvements including the creation of five new entrance plazas on three levels of tiered seating and bar areas overlooking both bullpens, two new HD video screens, new team stores, wider concourses, renovated restrooms, enhanced concessions and children’s play areas. There have also been structural and behind-the-scenes upgrades to Dodger Stadium’s infrastructure as well as the construction of new home and visiting clubhouses, batting cages and weight rooms.