There’s been talk about a new Sioux Falls ballpark for the past several years, and a potential new home for the Sioux Falls Canaries (independent; American Association) may be closer with a conceptual plan from a local architect.

Tom Hurlbert of the local CO-OP Architecture firm outlined some pretty intriguing ideas for a new Sioux Falls ballpark in the downtown area, preferably a waterfront site. We regularly see pitches for ballpark that are more concerned with the aesthetics of the front plaza than with the location, but what makes Hurlbert’s ideas worth noting is that he’s presenting a ballpark plan on the basis of its ability to generate local development. As we’re seeing in cities like Fort Wayne and Columbia and North Augusta and St. Paul, new ballparks can succeed as the core of urban development and attract investment in the areas surrounding the facility. And while he may be a little overly optimistic of how this can succeed — proposed downtown Pueblo and Colorado Springs ballparks are dead, a proposed downtown Evansville ballpark died 15 years ago, and Raley Field is located in West Sacramento, across the river from downtown Sacramento — it’s definitely worth more study from Sioux Falls officials. But we quibble. His larger point is that if Sioux Falls is looking for a way to spur downtown development, a new ballpark done in association with developers could work. The current home of the Canaries, Sioux Falls Stadium, is in the western park of the town (located, literally, on West Avenue) and is part of a landlocked sports complex, with little opportunity for further development. From Blueprint South Dakota:

Although the Canaries must provide leadership and should participate in new stadium expenses, the cost of a new downtown stadium shouldn’t be entirely their own, nor financed on the backs of the average taxpayer, but rather the biggest weight should be in collaboration with developers who stand to gain the most.

The biggest developer project near the Birdcage since the new Event Center is a boarded-up mega pawn shop – now for sale for $12.9 million – and it would take a lot more than trading dad’s old shotgun or unloading grannie’s wedding ring to pay for a new stadium.  But that’s the point. Idle parking lots around the Birdcage and Event Center don’t produce much revenue and never will. But the economic spin-off from a downtown stadium can be the catalyst to drive property tax revenue, retail sales, and tourism dollars, not to mention create jobs (Sacramento identifies a 38 percent increase in jobs downtown since its stadium was built). 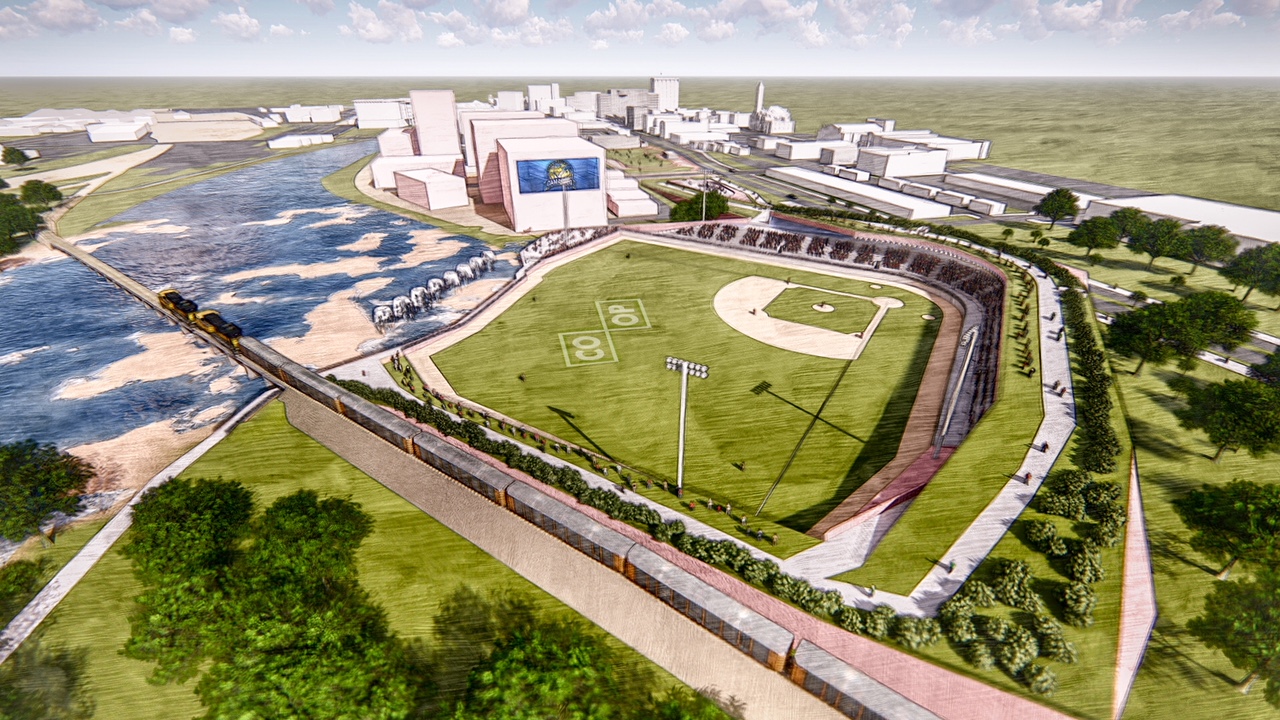