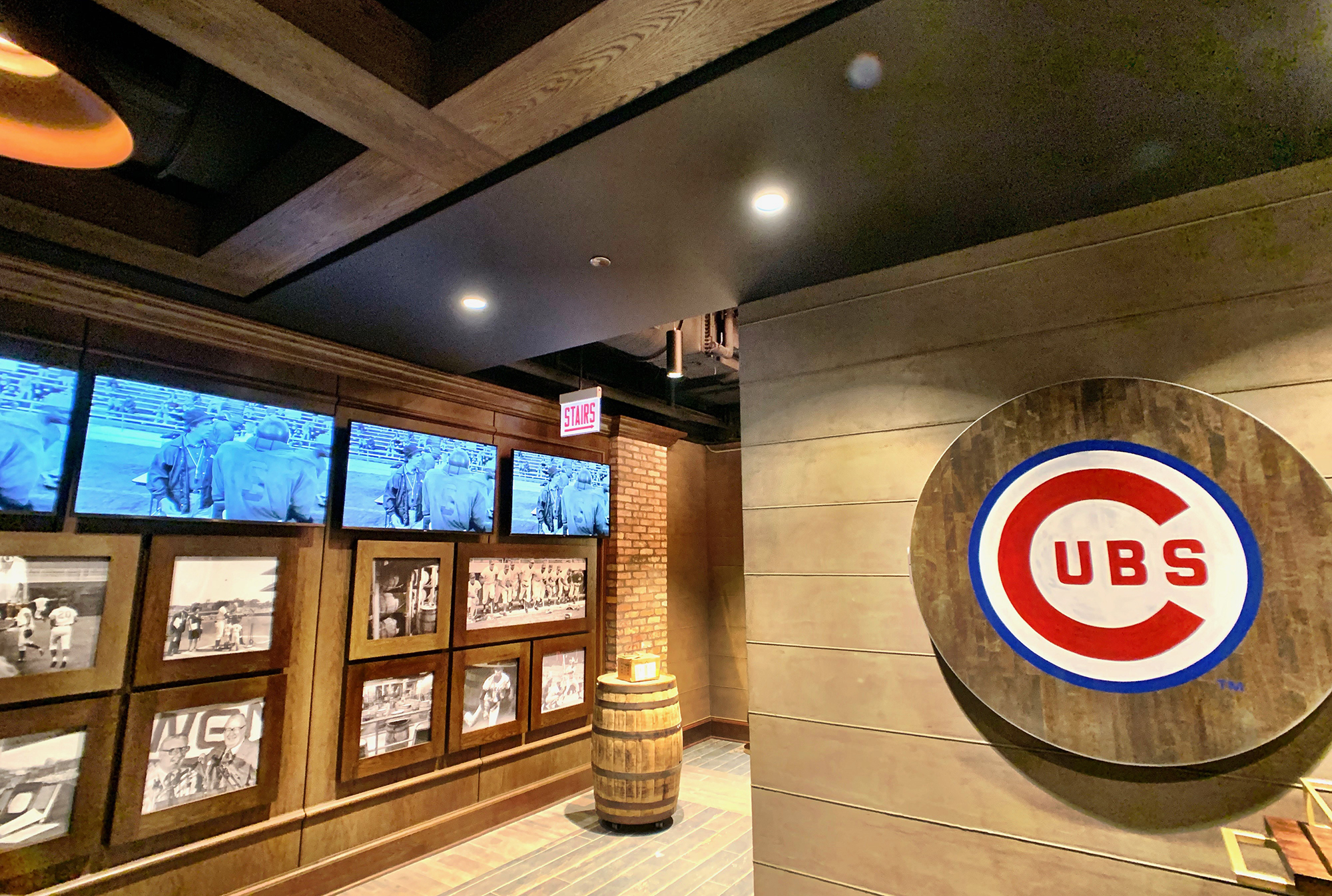 We end 2019 with a countdown of the 10 biggest stories of the year on Ballpark Digest, as chosen by editors and partially based on page views. Today, #10: the Chicago Cubs unveil the latest upgrades to Wrigley Field in 2019.

We saw the almost-final results from the ambitious 1060 Project in 2019, as the Chicago Cubs unveiled several upgrades to venerable Wrigley Field, including three new clubs and a host of new social spaces.

This year’s upgrades come at the tail end of a multi-year, $550-million 1060 Project renovation that began in 2015, with the Friendly Confines overhauled from top to bottom, from inside to outside. The renovations began with structural repairs to the Wrigley Field steel and concrete infrastructure—repairs that allow for much of what is being unveiled today. With the 2019 work, there’s very little of the old ballpark that was not touched in some way, whether it was the addition of new high-end seating behind home plate—requiring a move of the dugouts—or the new club sections under the grandstand or new social spaces in the bleachers. There are more upgrades to be unveiled next year (the Audi Club remained closed, with a 2020 reopening expected), but for now, the 2019 changes, as directed by the team and implemented by Populous, mark the end of large-scale renovations to MLB’s second-oldest ballpark, opening in 1914.

Two of the three new club spaces have direct links to Chicago Cubs history, while another club echoes the old Chicago speakeasy era. The Cubs unveiled the American Airlines 1914 Club last year, and this season the 700-capacity club is now flanked by two smaller, 250-capacity clubs: the W Club and the Maker’s Mark Barrel Room. All three are tucked under the grandstand some 11 feet below grade, and all three open out to specific seating areas in behind home plate. Here’s our full look at Wrigley Field improvements in 2019.