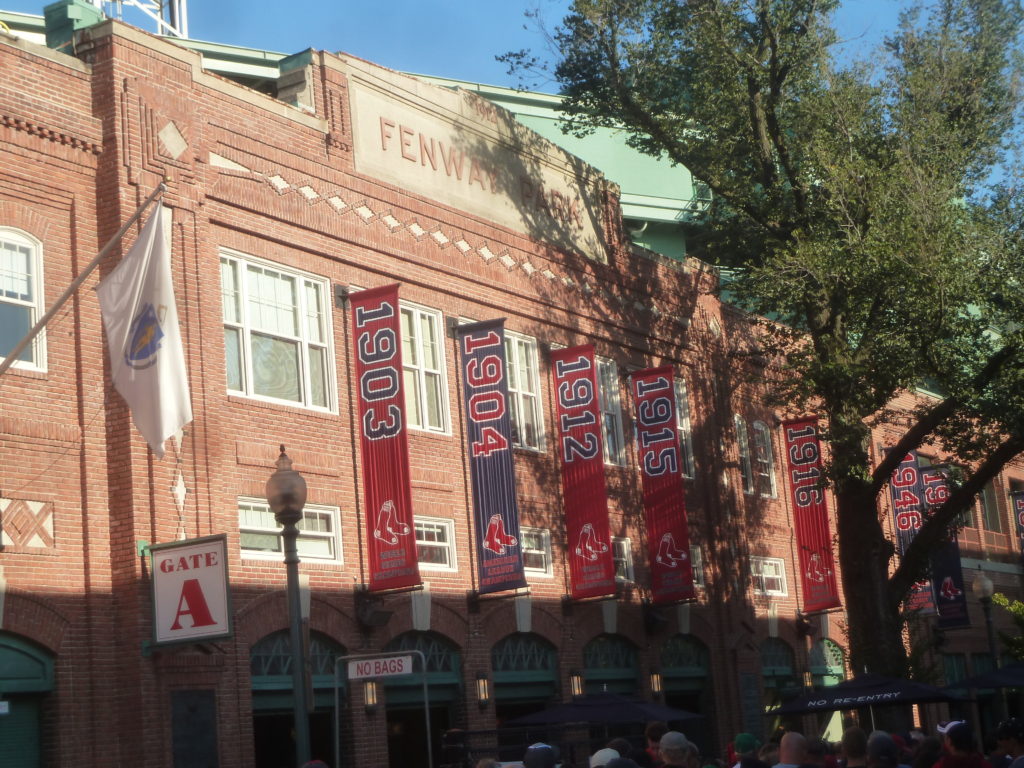 Across major and minor league baseball leagues, there is a wide variance when it comes to the age of ballparks. While the makeup of some leagues is that of mostly new ballparks, others have seen their older facilities age with grace and remain viable professional venues.

The oldest ballparks in each league reflect this, as they comprise a unique range from the majors down to the rookie level. What follows is our list of oldest ballparks by league, including information on renovations.

MLB: Fenway Park, Boston Red Sox (1912)
One of the most venerable venues in all of sports, Fenway Park was almost replaced at several points in its history. Under the ownership of owner John Henry, however, the Red Sox have completed numerous improvements over the last decade to ensure the team remains there for the foreseeable future.

International League: McCoy Stadium, Pawtucket Red Sox (1942, renovated 1999)
Having turned 75 last year, McCoy Stadium holds the distinction of being the oldest active Class AAA facility. The PawSox have spent the last few years seeking a new ballpark, but a replacement plan has yet to come to fruition and their lease runs through the 2020 season.

Pacific Coast League: Cheney Stadium, Tacoma Rainiers (1960, renovated 2011)
Cheney Stadium remains one of the most classic ballparks within the Class AAA ranks, even after the 2011 renovation. It is more than 20 years older than the second-oldest ballpark in the Pacific Coast League, Cashman Field, which opened for the then-Las Vegas Stars (now the 51s) in 1983. 2018 could be Cashman Field’s last season, however, as the 51s have announced plans for a new ballpark in Summerlin slated to open in 2019. Southern League: Hank Aaron Stadium, Mobile BayBears (1997)
The Southern League experienced a ballpark boom in the 2000s, leading to the replacement of many facilities that predated Hank Aaron Stadium. A group that recently purchased the BayBears is considering moving the team to Madison, AL, where a new ballpark would be constructed, though nothing has been finalized.

Texas League: Wolff Stadium, San Antonio Missions (1994)
Much like the Southern League, the Texas League has seen many of its older facilities replaced in the 21st century. The current Missions will relocate to a new ballpark in Amarillo in 2019, while Wolff Stadium will host the relocating Colorado Springs (Pacific Coast League) team until a new San Antonio ballpark is built. Once Wolff Stadium is no longer in the circuit, the designation of the oldest Texas League park will fall to Security Bank Ballpark, which opened for the Midland RockHounds in 2002.

Carolina League: Calvin Falwell Field, Lynchburg HillCats (1939, renovated 2004)
With the assistance of the WPA, Lynchburg completed its new City Stadium in 1939 and a 1940 exhibition between the New York Yankees and Brooklyn Dodgers marked its first game. It has been renovated at various points through its history, with the most recent and most dramatic occurring before the 2004 season, when the ballpark received a new concourse, new suites and a press box, improved seating, a new scoreboard, and other improvements.

Florida State League: Jackie Robinson Ballpark, Daytona Tortugas (1914)
In this case, the site of the ballpark dates back to 1914, though much of the current facility is the result of renovations that were completed over the ensuing decades. That has been the case with many Florida State League ballparks. For instance, LECOM Park, home of the Bradenton Maruaders and second oldest in the league, has been overhauled several times since its opening in 1923.

Midwest League: Modern Woodmen Park, Quad Cities River Bandits (1931, renovated 2004)
In a league with a notable mix of classic and modern facilities, Modern Woodmen Park merges both. While renovations, including an extensive one completed in 2004, have led to major changes on the interior, the distinct red brick façade is original to 1931. The various improvements to the ballpark have also been done with the view of the Mississippi River and the Centennial Bridge in mind.

South Atlantic League: Municipal Stadium, Hagerstown Suns (1930)
Very little of the existing Municipal Stadium dates to its original form, but none of its changes have led to the facility being dramatically modernized. As a matter of comparison, the site of McCormick Field—home of the Ashville Tourists—has hosted baseball since 1924. However, the current seating bowl and many other areas of the facility were built as part of a project completed prior to the 1992 season.

New York-Penn League: Centennial Field, Vermont Lake Monsters (1906)
Centennial Field holds the distinction of being the oldest ballpark in the minor leagues, with its concrete and steel main grandstand dating to 1922. The Lake Monsters have helped to make the facility more viable in recent years, thanks to renovations to player facilities, a new videoboard, and improved lighting.

Northwest League: Nat Bailey Stadium, Vancouver Canadians (1951)
Truly a ballpark with a classic look and feel, Nat Bailey Stadium has been well preserved over the years and recent upgrades have modernized the facility. The Canadians, meanwhile, have built a strong following and a reputation for providing a good fan experience. The Everett AquaSox play at Everett Memorial Stadium, which is part of a park that was dedicated in 1947. While the park has traditionally included a baseball field on its site, the facility was not home to a professional team until 1984 and was expanded in the late 1990s.

Appalachian League: Calfee Park, Pulaski Yankees (1935, renovated 2015)
Thanks to the recent renovations, Calfee Park retains a classic look while offering more modern amenities. The ballpark was originally constructed as a WPA project, and was named to the National Register of Historic Places in 2000.