You are here: Home › Brewers Commit to Maryvale Baseball Park Renovations
By Kevin Reichard on November 16, 2017 in Major-League Baseball, News 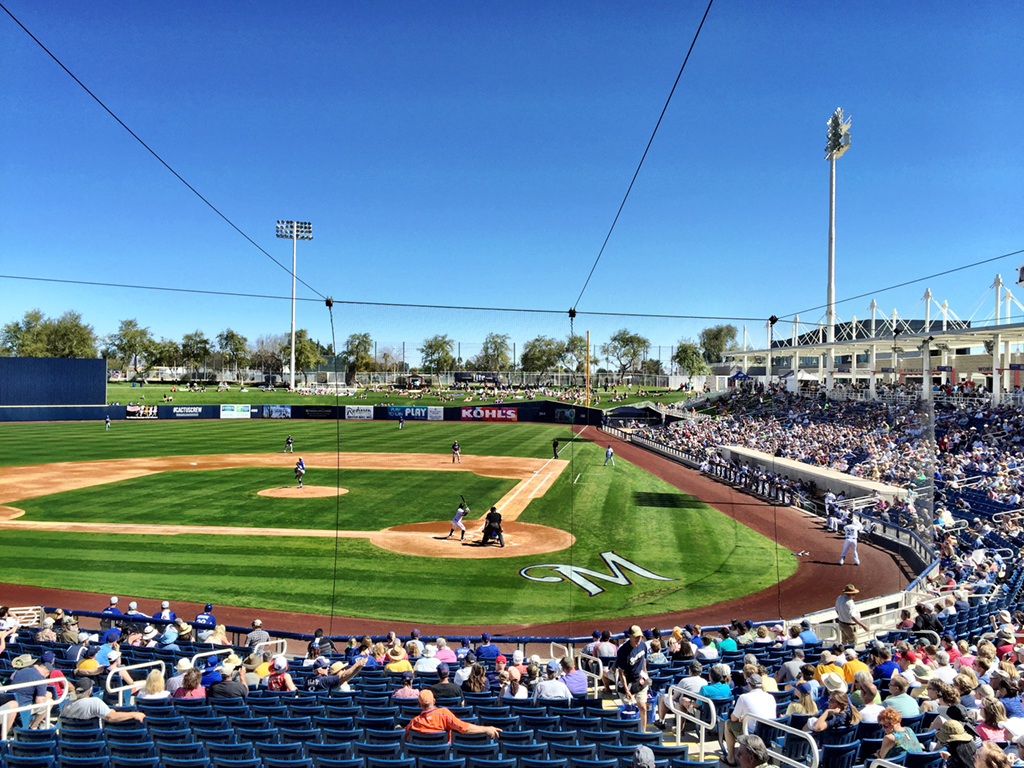 It’s official: the Milwaukee Brewers will sign a new 25-year lease for the team’s spring-training home, Maryvale Baseball Park, and spend up to $63 million toward renovations to the ballpark and the training facilities under a deal approved by the Phoenix City Council.

You can read more about the deal at our sister site, Spring Training Online.

The deal, approved by a 6-2 vote, calls for the Brewers to contribute between $41 million and $63 million toward the renovations, with the city contributing $10 million from its Sports Facilities Fund. Under the proposal, the Brewers would take over the management and operation of the facility from Phoenix. The city would spend $10 million for the next five years on renovations and pay the Brewers $1.4 million annually (with a 4 percent annual increase) to manage the spring-training camp—about what the city is spending now to maintain the facility. At the end of the 25-year lease, the Brewers will have the option of buying Maryvale Baseball Park and the adjoining training camp. Future maintenance would be funded by the team, with $1 million set aside in a dedicated fund by the team beginning in 2022.

As noted, the vote was not close, with the two nays saying the city should not be in the sports-facilities business (which may be a comment meant more for Phoenix Suns officials, who are seeking Talking Stick Resort Arena upgrades) when there are other more pressing needs. But the six who approved the new lease called it a good deal, saying that with the Brewers bearing most of the cost of renovations, the city came out ahead.

Some of the proposed changes: