You are here: Home › Fort Bragg to host Braves, Marlins on July 3
By Kevin Reichard on March 8, 2016 in Major-League Baseball, News 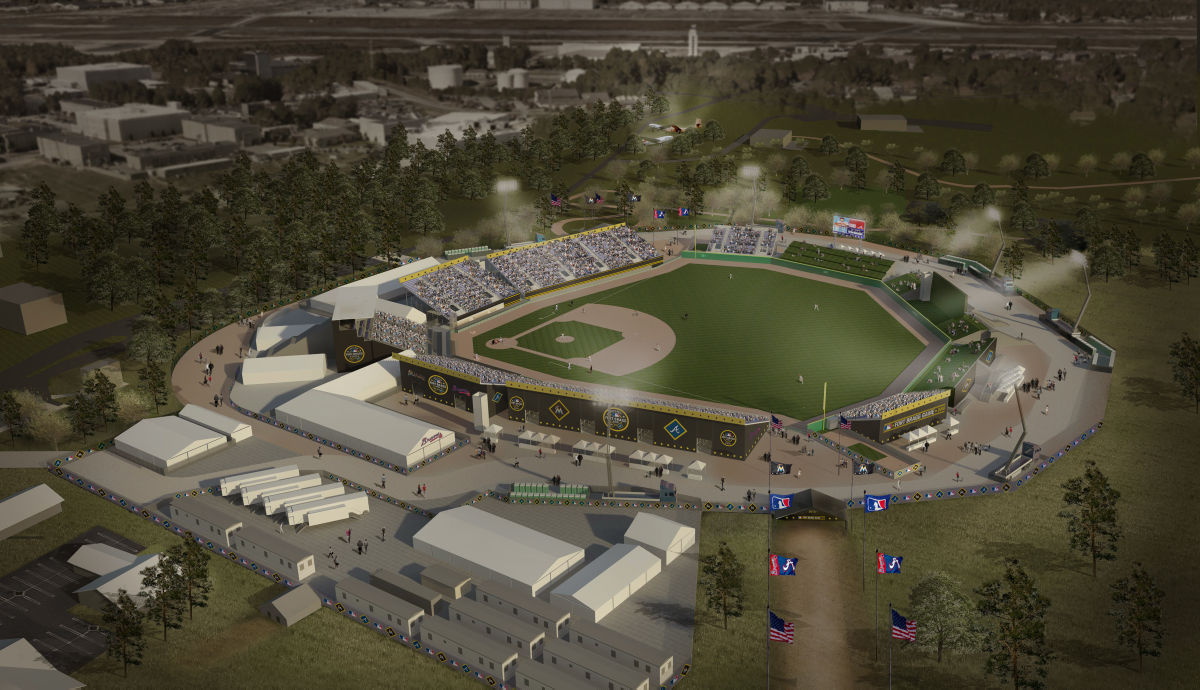 As a bonus, the 12,500-seat ballpark will be be converted to a permanent softball field and multi-purpose facility for those who serve at Fort Bragg.

The game is billed as the first-ever regular-season game in any major pro sport held at a U.S. military base.

“Major League Baseball’s boundless gratitude to our military has led us to a unique event that will benefit the men and women of Fort Bragg and their families for many years,” said MLB Commissioner Rob Manfred in a press statement. “I thank the Braves and the Marlins for their participation and all of our clubs and players for contributing to this gesture, which will stand as a fitting new chapter in the National Pastime’s proud and distinguished military history.”

“As the son of a Navy officer, I am extremely proud to stand with all players and Major League Baseball as we honor our nation’s military and our country, through the playing of a regular season game in historic Fort Bragg on Fourth of July weekend,” MLBPA Executive Director Tony Clark said in a press statement. “Many players are the grandsons, sons and brothers of men and women who have served or continue to serve our country. This one-of-a-kind ballpark construction project provides us with an opportunity to say ‘thank you’ to all who serve to protect our great nation.”

“We’re extremely grateful to Major League Baseball and the Major League Baseball Players Association for their support to our Service members and families,” said Col. Brett Funck, Fort Bragg Garrison Commander in a press statement. “This historic event and the converted multipurpose facility will have enduring benefits for our entire Fort Bragg community for years to come.”

The game will air nationally on ESPN’s “Sunday Night Baseball” and ESPN Radio at 8:00 p.m. (ET).

Best of the Ballparks: Grapefruit League, Round One
For Classic Ballparks, The Name is the Game