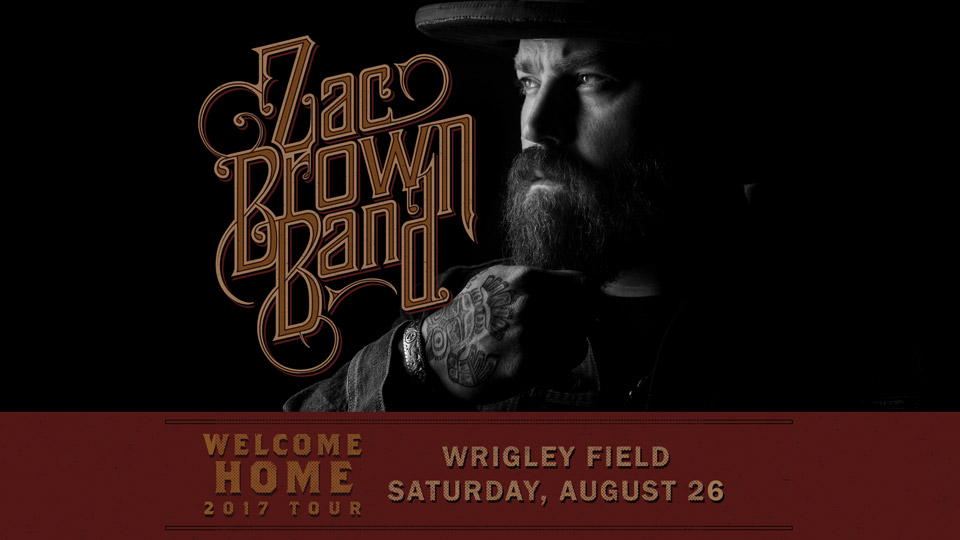 Based on announcements that have been made over the last few weeks, this summer is going be a busy one when it comes standout concerts at major league ballparks. The upcoming slate features headline acts at some of baseball’s most notable venues, providing another layer of entertainment at many venues during the summer.

Last week, the Zac Brown Band unveiled a 2017 tour schedule that includes two ballparks—the Colorado Rockies’ Coors Field, and the Chicago Cubs’ Wrigley Field. Coors Field will host the first of those two acts, as the Zac Brown Band is slated to appear there on July 29. A little less than a month later, the band will appear at Wrigley Field, where a performance is scheduled for August 26.

The Zac Brown Band will not be the only major act to come through Wrigley Field this season, as the ballpark is also scheduled to host James Taylor. In November, Taylor announced that he—along with special guest Bonnie Raitt—will tour four ballparks this summer.

Taylor’s tour begins with the Washington Nationals’ Nationals Park on July 14, followed by Wrigley Field on July 17. He will then head out west on July 29 to perform at the San Francisco Giants’ AT&T Park. The final stop on the tour will be Fenway Park on August 11, a fitting conclusion to his summer ballpark slate, as Taylor is a fan of the Boston Red Sox.

The appearance by Taylor is one of the highlights of a busy summer for concerts at Fenway Park. The ballpark is also slated to feature appearances by Dead & Company on June 17-18, and New Kids on the Block with Paul Abdul and Boyz II Men on July 8.

Fenway Park will not be the only ballpark stop for Dead & Company this summer. On June 24, Dead & Company will be featured at the New York Mets’ Citi Field, and the group is scheduled to make a pair of appearances at Wrigley Field from June 30-July 1.

Perhaps the performer with the most remarkable ballpark concert slate in 2017 is Billy Joel. Joel has made stops at numerous ballparks over the last several years and will continue to do so in 2017, as his tour will include several of MLB’s preeminent venues.

Joel will be the first performer to have a concert at SunTrust Park—the home new home of the Atlanta Braves—where he is scheduled to appear on April 28. That will be followed on May 13 by a show at Dodger Stadium.

From there, Joel will hit three ballparks in the Midwest—the Cleveland Indians’ Progressive Field on July 14, the Minnesota Twins’ Target Field on July 28, and Wrigley Field on August 11. Joel’s tour will continue with an appearance at Fenway Park on August 30. He will then perform at Citizens Bank Park, as the home of the Philadelphia Phillies is scheduled to host him on September 9.

This strong slate of shows gives baseball and music fans alike plenty to like forward to this summer, and shows how ballparks can be utilized for marquee non-baseball events.