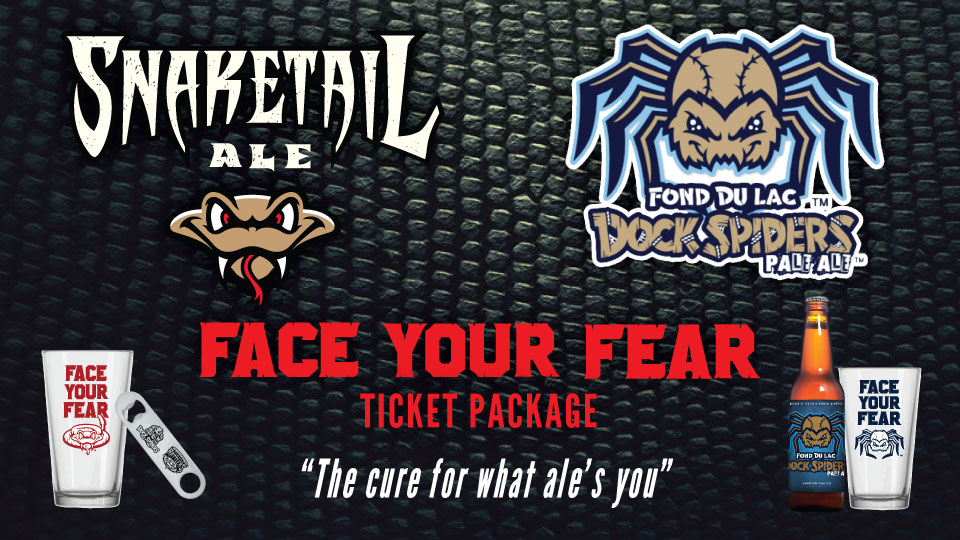 The new Snaketail Ale will be on tap at Neuroscience Group Field at Fox Cities Stadium and at local taverns and restaurants. It will also be available for purchase in six-packs at area grocery stores, liquor outlets, and directly from Fox River Brewing Company.

Fox River Brewing Company has additional ties to the Timber Rattlers, including another team branded beer. Last season, the brewery unveiled Dock Spiders Pale Ale in honor of the Fond du Lac Dock Spiders (summer collegiate; Northwoods League), a team whose operations are managed by the Timber Rattlers. The result is that some participating locations will sell six packs of both beers, while the two teams have unveiled a unique new ticket package.

Both beers are available in six-packs at area Festival Foods, Sam’s Club, and participating locations that sell beer. Snaketail Ale is on tap at local Buffalo Wild Wings, The 10th Frame, The Bar on Lynndale, Fox River Brewing Company, and various other taverns in the Fox Cities.

This ticket package may be ordered from the Timber Rattlers ticket office or from the Dock Spiders ticket office. The six-pack may be picked up from Fox River Brewing Company locations at the Fox River Mall in Appleton or in Oshkosh by presenting the coupon.