Here’s a match that should work for both sides: Tuaca Liqueur will sponsor the Tuaca Terrace Deck in the top level of the right-field Rooftop at Coors Field, home of the Colorado Rockies.

The addition of The Rooftop was one of the most pleasant developments at an MLB ballpark in 2014; we were there and saw how many fans fell in love with the addition. The new area is accessible to all ticket holders during the 2015 season. 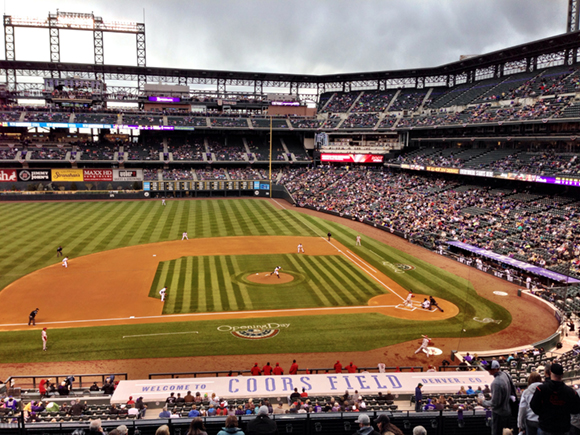 “We are very excited to bring Tuaca and the people behind this brand on board as partners of the Colorado Rockies in a partnership that will surely add enjoyment and a tremendous new look to the second level of the Rooftop at Coors Field,” said Walker Monfort, Rockies Vice President of Corporate Sales. “Between our partnerships with Tavern, CHUBurger, Shane Co., Hard Rock Café, and now Tuaca, the Rooftop will continue to be a distinguished destination for fans that attend our ball games.”

The Tuaca Terrace will be located within the right-field Rooftop at Coors Field, the largest rooftop deck in sports, featuring more than 38,000 square feet and panoramic views of the Front Range and the Downtown Denver cityscape.

“Denver is one of our most important markets and Tuaca is extremely excited to enter into this new partnership with the Colorado Rockies,” said Tracey Johnson, Tuaca Brand Manager. “We look forward to a long-term relationship with them and to toasting victories with Rockies fans for years to come.”

In addition to the elements on the Terrace, Tuaca will be featured in drink specials throughout Coors Field, and will have signage along the concourse in other parts of the ballpark, as well as behind home plate and on the digital LED boards.