You are here: Home › Hahn new GM of Chicago White Sox
By Kevin Reichard on October 26, 2012 in At the Ballpark, The Front Office 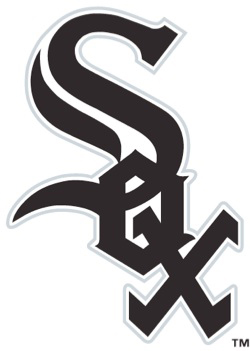 “Rick’s promotion is very well deserved,” said White Sox chairman Jerry Reinsdorf. “He is one of the most respected young executives in baseball today and that reputation is well earned given his relationships with other team executives, players, agents, manager Robin Ventura and our coaches, members of the media and White Sox fans. Kenny and Rick together have worked very successfully over the past 12 seasons, and I am excited to see this dynamic grow and expand as Rick assumes more day-to-day authority and responsibility while Kenny is allowed to focus even more on macro issues, talent evaluation and long-term planning for the organization.”

Hahn’s duties will be expanded to include oversight of all player personnel matters, coaching staff decisions and the club’s player development and scouting operations.

“As most people are aware, Rick has been indispensable to me as assistant general manager over the past 12 seasons,” said Williams. “He already plays a prominent role representing the White Sox publicly and within baseball. I am very proud of Rick’s growth since he joined our front office, and this promotion rewards his talents, hard work and commitment toward our organization’s goal of bringing Chicago another World Series title.”

“I am very appreciative and honored to be named general manager of the Chicago White Sox,” said Hahn. “I want to thank Jerry and Kenny for allowing me to grow during my 12 seasons with the club and for trusting me with this responsibility and opportunity in my hometown.  I want nothing more than to win another championship for the city of Chicago and White Sox fans. I am looking forward to hitting the ground running next week at our organizational meetings and toward working with Ken, our baseball operations staff, Robin and our coaching staff as we build on last season’s accomplishments for an even better 2013.”

Williams, who served as general manager for 12 seasons and has been a member of the team’s front office since 1992, owns the best winning percentage of any general manager in franchise history and was the fourth-longest tenured general manager in baseball in 2012.  The White Sox finished .500 or better nine times in Williams’ 12 seasons, going 1,014-931 (.521) with a World Series Championship, two division titles (2005 and 2008) and five second-place finishes.

“You cannot say enough about Ken Williams’ value to the Chicago White Sox, his contributions to our success and the passion he brings to the ballpark each and every day,” said Reinsdorf. “Kenny raised the idea of promoting Rick several years ago, and we all have agreed that this is the right time to increase the scope and range of Kenny’s involvement while he continues to maintain oversight and final approval on major baseball decisions.”

“I am excited about the future of this organization, proud of Robin Ventura’s job in 2012, and I am focused on ways we can continue to grow and enhance this organization,” Williams said. “While we fell short of our ultimate objectives last season, every one of us is working diligently to improve this team in 2013 and see the White Sox playing in October. We owe that to all of our fans.”

Pizer has served as the club’s executive vice president for 32 years and has primary responsibility for the business and administrative operations of the White Sox. The 40-year business associate of Reinsdorf joined the Sox in 1981 to handle the club’s ownership transition.

“Over the past 40 years together, including 32 years in the sports business, I could not have asked for a better partner and advisor than Howard Pizer,” Reinsdorf said. “It is a great pleasure to reward his expertise, knowledge, loyalty and friendship with this well-deserved promotion to senior executive vice president. I do not know how I could function without Howard.”